I know its hard to believe, but apparently Bill Kristol still has a job.  I mean, it’s heartening to know that someone can be as consistently wrong about everything for 20 years, like Bill Kristol has, and still be able to find gainful employment.
I suppose the same thing could be said for the National Review.
I know that Bill still has a job because I came across that piece that he wrote asserting that nationalism was just a passing fad and it would be forgotten soon.  In the immortal words of Donald Trump…   WRONG. 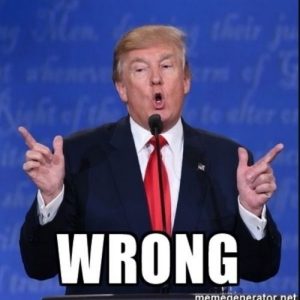 Nationalism is not a fad.  Globalism is.  Nationalism is human nature and has been the default setting for humans since… oh… forever.
Not only is it not going away, it’s spreading.  Consider this:  how many of you were aware that Mongolia had a metal band that wrote overtly nationalist music?

Well, now you do.   And of course, if you’re like me, you’re probably thinking that Mongols singing and chanting like this is probably not great news for Eastern Europe.  Still, it is without question nationalist.  And people love it.
Not good enough?  How about some German nationalism?  Remember Rammstein?  Remember the song “Amerika”?
We’re all living in America
America is Wunderbar
We’re all living in America
America
This is not a love song
This is not a love song
Kristol is a moron.  Globalism has hurt everyone.  Rammstein saw globalism as the amerification of their nation.  The Hu see something similar, and that’s clear in their music as well.
Music is becoming more nationalistic.  Art is becoming more nationalistic.
That is because people are rejecting the globalist lies and returning to their default setting.
Nationalism.

On The Death Of Jeffrey Epstein