For the past 25 years, at least, America has been in decline. Those of us who are old enough to remember the 1970s can recall how low the American morale was by the end of the Carter presidency. In fact, President Carter’s most famous speech is referred to as the “Malaise” speech. We also remember the improved attitude that we experienced during the Reagan years. 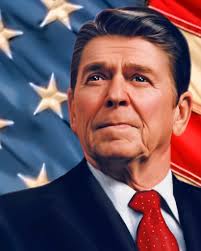 Certainly, Reagan was not perfect and made some poor decisions (1986 immigration reform, anyone?), but on the whole, his administration led to increased optimism and hope.
That improving attitude was dealt a blow under the first President Bush, he of the “read my lips” lies. Since then, we have sunk lower and lower, both in real terms and in outlook. Presidents Clinton, Bush II, and Obama have increased the decline, rather than stopping it.
But that decline is coming to an end.
I have no illusions that everything Donald Trump does will be positive. Regardless of what he does over the next four years, he has awakened the American people, however. He has given a voice to those who are tired of the way things are and desire change. For that reason alone, I welcome his inauguration.
However, my focus here is less on Donald Trump’s presidency, and more on the awakening of the American people. What have we learned in the last year and a half? 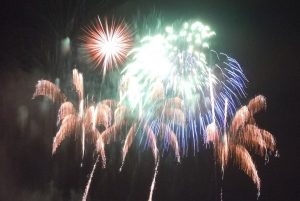 So it is a time of heady optimism. At the moment, it may seem shaky, but that is just because it has been so long since we had any reason to be optimistic. We are not used to it yet, but we will be. The dam has broken, and good times are on the way. The path forward will be rocky, on occasion, but the die is cast. We have had a taste of relief and will demand more. 2017 will be a better year than 2016, and I suspect 2018 will be even better. There may be ups and downs, and I expect that, but the trajectory is moving upward.
The goal here is to keep our momentum. The election of Trump was one small battle in a much larger war. We must keep our focus on things to come, realizing that we have more to do. Here at Men of the West, we stand up for you. We will continue to post articles that address various aspects of Western Culture, looking at our past, present, and future. We have some other things in the works, as well, and hopefully, in the coming months, we will offer you even more practical ways to get involved and move forward.
We pray you have a blessed New Year, as we work together to return our culture to its proper place in our society.