And Elisha sent a messenger unto him, saying, Go and wash in Jordan seven
times, and thy flesh shall come again to thee, and thou shall be clean”
II Kings 5:10
“Who forgiveth all thine iniquities; who healeth all thy diseases”
—Psalm 103:3

The biography of Naaman is a precious contribution to the evidence that the love and care of God are not restricted within any limits of country or race, but are wide as the world. For King Benhadad, King of Syria, and for the nation, Syrian Naaman weighed sixteen ounces to the pound and measured thirty-six inches to the yard. He was Syria’s George Washington, or Eisenhower, or MacArthur. After Syria’s successful revolt against Assyria, he was occupying a high military post as commander-in-chief of the Syrian army. Highly esteemed by the King, Naaman —a man of great talents, strong personality, valor, and honor, his very name meaning “beautiful or pleasant to look upon”—was held in high favor by the nation as .the political saviour of his country “because by him the Lord had given deliverance unto Syria” (II Kings 5:1) — deliverance meaning not merely victory, but prosperity of every kind. Greeted in city and country with the acclamations of his grateful countrymen, crowded with laurels, enriched with spoils, rich in re-nown, possessed of power, positioned as the right hand man of the king, he stood upon a proud eminence- the boast and toast of the land. 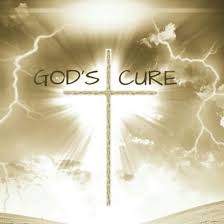 "The Inheritance of Humor" by Hilaire Belloc