Editor’s Note: St. Gregory Palamas, Archbishop of Thessalonica (1296 – 1359), an Eastern Orthodox monk and bishop (interestingly, referred to a “a great theological writer” by Pope John Paul II), was a champion of hesychasm. He was canonized as a Saint in the Orthodox Church and is a popular figure in that group. Here, he addresses the Transfiguration of Christ, celebrated on August 6 in various Christian groups, including Roman Catholics and Orthodox. 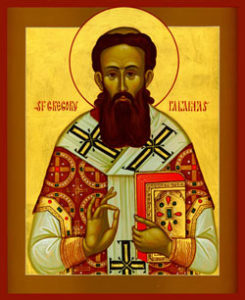 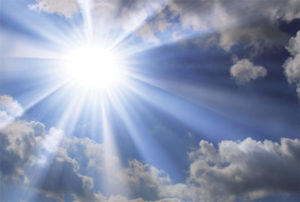 That same Inscrutable Light shone and was mysteriously manifest to the Apostles and the foremost of the Prophets at that moment, when (the Lord) was praying. This shows that what brought forth this blessed sight was prayer, and that the radiance occurred and was manifest by uniting the mind with God, and that it is granted to all who, with constant exercise in efforts of virtue and prayer, strive with their mind towards God. True beauty, essentially, can be contemplated only with a purified mind. To gaze upon its luminance assumes a sort of participation in it, as though some bright ray etches itself upon the face.
Even the face of Moses was illumined by his association with God. Do you not know that Moses was transfigured when he went up the mountain, and there beheld the Glory of God? But he (Moses) did not effect this, but rather he underwent a transfiguration. However, our Lord Jesus Christ possessed that Light Himself. In this regard, actually, He did not need prayer for His flesh to radiate with the Divine Light; it was but to show from whence that Light descends upon the saints of God, and how to contemplate it. For it is written that even the saints “will shine forth like the sun” (Mt 13:43), which is to say, entirely permeated by Divine Light as they gaze upon Christ, divinely and inexpressibly shining forth His Radiance, issuing from His Divine Nature. On Mount Tabor it was manifest also in His Flesh, by reason of the Hypostatic Union (i.e., the union of the two perfect natures, divine and human, within the divine Person [Hypostasis] of Christ, the Second Person of the Most Holy Trinity). The Fourth Ecumenical Council at Chalcedon defined this Hypostatic union of Christ’s two natures, divine and human, as “without mingling, without change, without division, without separation.”
We believe that at the Transfiguration He manifested not some other sort of light, but only that which was concealed beneath His fleshly exterior. This Light was the Light of the Divine Nature, and as such, it was Uncreated and Divine. So also, in the teachings of the Fathers, Jesus Christ was transfigured on the Mount, not taking upon Himself something new nor being changed into something new, nor something which formerly He did not possess. Rather, it was to show His disciples that which He already was, opening their eyes and bringing them from blindness to sight. For do you not see that eyes that can perceive natural things would be blind to this Light?
Thus, this Light is not a light of the senses, and those contemplating it do not simply see with sensual eyes, but rather they are changed by the power of the Divine Spirit. They were transformed, and only in this way did they see the transformation taking place amidst the very assumption of our perishability, with the deification through union with the Word of God in place of this.
So also she who miraculously conceived and gave birth recognized that the One born of her is God Incarnate. So it was also for Simeon, who only received this Infant into his arms, and the aged Anna, coming out [from the Jerusalem Temple] for the Meeting, since the Divine Power illumined, as through a glass windowpane, giving light for those having pure eyes of heart.
And why did the Lord, before the beginning of the Transfiguration, choose the foremost of the Apostles and lead them up onto the Mount with Him? Certainly, it was to show them something great and mysterious. What is particularly great or mysterious in showing a sensory light, which not only the foremost, but all the other Apostles already abundantly possessed? Why would they need a transforming of their eyes by the power of the Holy Spirit for a contemplation of this Light, if it were merely sensory and created? How could the Glory and the Kingdom of the Father and the Holy Spirit project forth in some sort of sensory light? Indeed, in what sort of Glory and Kingdom would Christ the Lord come at the end of the ages, when there would not be necessary anything in the air, nor in expanse, nor anything similar, but when, in the words of the Apostle, “God will be all in all” (1 Cor 15: 28)? That is to say, will He alter everything for all? If so, then it follows that light is included. 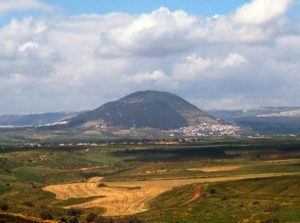 Hence it is clear that the Light of Tabor was a Divine Light. And the Evangelist John, inspired by Divine Revelation, says clearly that the future eternal and enduring city “has no need of the sun or moon to shine upon it. For the Glory of God lights it up, and the Lamb will be its lamp” (Rev 21:23). Is it not clear, that he points out here that this [Lamb] is Jesus, Who is divinely transfigured now upon Tabor, and the flesh of Whom shines, is the lamp manifesting the Glory of divinity for those ascending the mountain with Him?
John the Theologian also says about the inhabitants of this city: “they will not need light from lamps, nor the light of the sun, for the Lord God will shed light upon them, and night shall be no more” (Rev 22:5). But how, we might ask, is there this other light, in which “there is no change, nor shadow of alteration” (Jas 1:17)? What light is there that is constant and unsetting, unless it be the Light of God? Moreover, could Moses and Elias (and particularly the former, who clearly was present only in spirit, and not in flesh [Elias having ascended bodily to Heaven on the fiery chariot]) be shining with any sort of sensory light, and be seen and known? Especially since it was written of them: “they appeared in glory, and spoke of his death, which he was about to fulfill at Jerusalem” (Lk 9:30-31). And how otherwise could the Apostles recognize those whom they had never seen before, unless through the mysterious power of the Divine Light, opening their mental eyes?
But let us not tire our attention with the furthermost interpretations of the words of the Gospel. We shall believe thus, as those same ones have taught us, who themselves were enlightened by the Lord Himself, insofar as they alone know this well: the Mysteries of God, in the words of a prophet, are known to God alone and His perpetual proximity. Let us, considering the Mystery of the Transfiguration of the Lord in accord with their teaching, strive to be illumined by this Light ourselves and encourage in ourselves love and striving towards the Unfading Glory and Beauty, purifying our spiritual eyes of worldly thoughts and refraining from perishable and quickly passing delights and beauty which darken the garb of the soul and lead to the fire of Gehenna and everlasting darkness. Let us be freed from these by the illumination and knowledge of the incorporeal and ever-existing Light of our Savior transfigured on Tabor, in His Glory, and of His Father from all eternity, and His Life-Creating Spirit, Whom are One Radiance, One Godhead, and Glory, and Kingdom, and Power now and ever and unto ages of ages. Amen.

Hymn: Jesus, The Light of the World