Editor’s Note: Archibald T. Robertson was a scholar and an expositor.  As the author of more than 40 books and a professor at Southern Theological Seminary in Louisville, KY, he influenced hundreds of thousands in their Christian life and service. This particular sermon was first preached during World War I, between 1917-1919.

“For I could wish that I myself were anathema from Christ for my brethren s sake, my kinsmen according to the flesh; who are Israelites; whose is the adoption, and the glory, and the covenants, and the giving of the law, and the service of God, and the promises; whose are the fathers, and of whom is Christ as concerning the flesh, who is over all, God blessed forever”
—Rom. 9:3-5 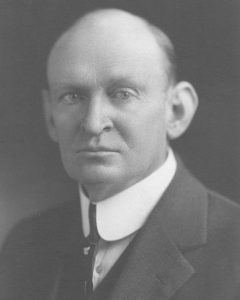