Read Part One Here.
The Seven Weeks, and the Sixty and Two Weeks
In verse 25 a continuous stretch of 69 of the 70 sevens of years is marked off, amounting to 483 years.  A division of 7 plus 62 sevens of years is indicated.  It is significant that 49 years (360 days to the year – i.e. the lunar year) will span the time exactly from 445 BC, when the decree was issued, to the close of Jewish prophecy in Malachi.
The further 62 weeks of years terminate upon the first advent of the Messiah.  The terms “Messiah, the Prince” bears no other reasonable possibility.  These two titles belong to Him in His specific relationship to Israel.  The term “Mashiach” of course means Anointed; the term “Prince” the King.  As the anointed king, He is the objective of the 483 years (69 weeks of years).
It is not a difficult exercise to look back and identify the very day which fulfills the description of the terminus of the 483 years.  There was one day, and one day only when He offered Himself to Israel as the promised Messiah and Prince.  The day when He rode into Jerusalem as King according to the exact manner spoken of according to the prophets:

Matthew 21:1-11
Now when they drew near Jerusalem, and came to Bethphage, at the Mount of Olives, then Y’shua sent two disciples, saying to them, “Go into the village opposite you, and immediately you will find a donkey tied, and a colt with her. Loose them and bring them to Me.  “And if anyone says anything to you, you shall say, ‘The Lord has need of them,’ and immediately he will send them.”
All this was done that it might be fulfilled which was spoken by the prophet, saying:  “Tell the daughter of Zion, ‘Behold, your King is coming to you, lowly, and sitting on a donkey, a colt, the foal of a donkey.’ ”  So the disciples went and did as Y’shua commanded them.  they brought the donkey and the colt, laid their clothes on them, and set Him on them.
And a very great multitude spread their clothes on the road; others cut down branches from the trees and spread them on the road.  Then the multitudes who went before and those who followed cried out, saying: “Hosanna to the Son of David! ‘Blessed is He who comes in the name of the LORD!’ Hosanna in the highest!”  And when He had come into Jerusalem, all the city was moved, saying, “Who is this?”  So the multitudes said, “This is Y’shua, the prophet from Nazareth of Galilee.” 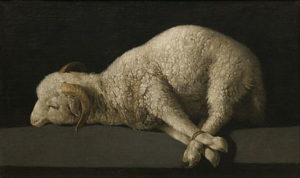 Now it was in the evening beginning the tenth day of Nisan that Y’shua was selected as the Lamb of God and by Miriam’s act of anointing Him, consecrating Him unto burial.  On the morning of the tenth day He rode into Jerusalem as King; but He was rejected as such by the authorities, who determined His death as the Lamb of God to be slain for their sins.
Can the exact terminus of the 483 years be fixed?  Can we be certain?  I think with reasonable certainty, yes.  We have already established that Artaxerxes gave Nehemiah the critical political decree in 445 BC, the twentieth year of Artaxerxes’ reign.  From Nehemiah 2:1 we learn that the date was the month Nisan, the first month of the Jewish year, though the day of the month is not stated.  (We will assume the first day of the month, which is not a bad assumption).
Now, starting with this date, it is found that 483 years, of 360 days to the year, terminate precisely, to the day on the tenth of Nisan, in the year 32 AD – the very day when Y’shua challenges the nation of Israel to receive Him as “Messiah, the Prince.”  Let us consider the verse in Daniel again:

Daniel 9:26
“And after the sixty-two weeks Messiah shall be cut off, but not for Himself; and the people of the prince who is to come shall destroy the city and the sanctuary. The end of it shall be with a flood, and till the end of the war, desolations are determined.

It should be clear that, while this verse takes up the thread of events directly after the close of the 483 years, yet the remaining week of the seventy is not addressed until verse 27.  Therefore, verse 26 marks a parenthesis in the history of the nation of Israel.  The four Gospels are unanimous and all indicate that Y’shua, appeared in Jerusalem, offered Himself as Israel’s king, and cleansed the Temple of the money-changers.
Two critical events are assigned in verse 26 to this parenthetical period in Israel’s history: 1) the crucifixion and death of Y’shua, which occurred immediately, and 2) the destruction of Jerusalem in 70 AD.  Until 1948, Jerusalem had never since been a Jewish city.  (Even today, it remains in dispute).
The Prince that Shall Come
It is important to understand that verse 25 represents that the city and the sanctuary were to be destroyed by the people of a coming prince.  Of course, this is not “Messiah, the Prince.”  And yet it speaks of a coming prince over the Jews.  The prince himself would not destroy the city and the temple, but the people of the prince yet to come was to do this.  The revelation, then, is that, of the people who should destroy Jerusalem and the Temple – a coming head shall be the prince of Israel in the place of the rejected Prince of the Jews i.e. the Messiah.
The upshot is that, Israel, was by the Messiah’s authority suspended from further existence until it shall be reconstituted by the anti-Messiah.  It is at first somewhat challenging and difficult to trace the thought of the third and last section of verse 26, beginning with “And the end thereof shall be with a flood.”  The opening words of verse 27, “And he shall confirm the covenant with many for one week,” must refer back to “the prince that shall come.” 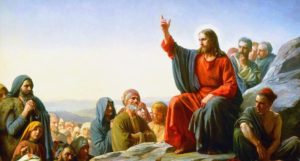 But, using here the pronoun “he,” instead of repeating the noun “the prince,” implies that no principle subject of mention has intervened.  We may therefore connect the adverb “thereof” with “the prince”, and understand that the sentence means that the end of this coming anti-Messiah will be with a flood, or as some render it, “a violent overthrow.”
The next words, “And even unto the end shall be war,” would then mean “unto the end” of this prince.  That is, the end of this prince is to culminate in a catastrophe that subdues him in the midst of a war upon Israel.  It is added, “desolations are determined.”  This would seem to indicate the unparalleled effects of the war upon Israel.
We will consider the seventieth week and the renewal of the nation of Israel in the third and final post in the series.
(To be continued . . .)

Teach Your Children To Read