Our modern world is video-centric. We are inundated with videos on every front. Half of the news sites on the internet have autoplaying videos that pop up on every page. Our children are surrounded by video, and the last couple of generations are basically illiterate.
Now, this is based upon my own observation, but it seems like GenX is the bridge generation between readers and viewers. Baby Boomers still read. They may read and write junk, for the most part, but they still rely on the written word. GenX grew up in a world where video was becoming more prominent. As Latchkey kids, GenX often turned to the television for entertainment, much more so than prior generations had done. No longer was film and television an occasional diversion, but it became an important part of being a GenX kid.
Still, GenX also enjoys a good book. In that sense, GenX tends to be comfortable with both video and print. In fact, GenX tends to use whichever one works best for the task at hand, with time being a factor. Need a quick overview of a novel? Watch the movie. Need details? Read the book. Watch a 2 min instructional video or read the transcript? Personal preference.
As GenX entered adolescence, television options exploded. No longer were we stuck with 3 channels, all with scripted series that followed traditional narrative forms. Now, we had 24 hours of news on CNN. We could flip over to MTV and watch music videos. We could also turn it off, and pick up the latest Stephen King novel (or any other author that interested us).
The entertainment landscape continued to develop into a video-heavy structure after GenX became adults, and those who followed no longer spent as much time with their noses in a book, but came to depend on the television and silver screen (and later the computer) to provide entertainment. Sure, the kids learned to read – as a skill of looking at words on paper or screen – but they did not learn how to READ.
And that is a problem. 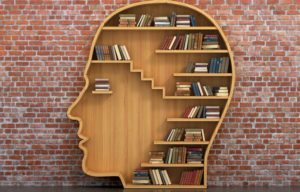 Now to be clear, I am not against video. There is value in using video, in the proper context. At the same time, video watching is fairly passive, while reading is much more mentally active. Rather than being told what to see, as in video, books give you a rough outline and you have to fill in the gaps. Being a good reader means that you can take guidance and still be creative. If we were to pick a book (not having seen a film about it), and described the main character, most of us would have similar, but varying details. Why? Because we each add our own flavor to the interpretation. A creative mind is a useful mind.
Good readers also know how to work for their entertainment. I can sit on my butt and watch a movie for a couple of hours, or I can turn page after page, often for several days, to find out what happens. Again, neither is necessarily better, but both are useful, and we need to help our children rediscover the value and joy of reading.
The key is to introduce your children to books when they are young.
When my children were infants, I used to sit them in my lap while I was reading, and I would read out loud, so they could hear. I did this with novels, newspapers, textbooks (I was in grad school then), the Bible, and pretty much anything I was reading at the time.
As they got older, and could actually understand what was happening in the stories, my wife and I would read age-appropriate stories to them. As they continued to age, I still read books to them, until they reached their teen  years and would tackle the books on their own more readily. For example, I read all seven of C.S. Lewis’ Narnia books to them.
As they learned to read on their own, and began to branch out into individual reading experiences, we made sure they had a handy supply of good books available. We still have shelves full of those books (I do plan on having grandkids some day, so we are keeping them). Tom Swift stories are joined by G.A. Henty books. At the age of 10, my daughter fell in love with Jules Verne, so we have all his novels.
Of course, they also watch television and play on the computer. They battle through Call of Duty games. They read comic books (rebranded as “Graphic Novels”). But they also have access to good literature. As my children enter adulthood, they have found their own genres to enjoy. They are readers.
It is high time we took time to introduce our children to books. Sure, let them watch movies, but don’t forego the written word. They will be better people, if they learn to enjoy a good book.

The Seventy Weeks of Daniel – Part 2

The Seventieth Week of Daniel – Part 3