You did it. You studied the models, talked to friends, dug into online forums and picked the handgun you liked the best, found a deal you liked and now have joined the ranks of men.
Now what?

In some ways you can read this as a companion piece to Quizzer’s. Except while he was a flippant gadfly, I’m seriously serious. Seriously.
Ahem.
First, read the damn manual. This isn’t a child’s toy, or a consumer electronic device, where you can just fumble around until you get the hang of it or take it in for a refund because you claim it just “stopped working” with a straight face and the low wage worker stares at you with dead eyes for someone so young and gives you an exchange. Read the manual. 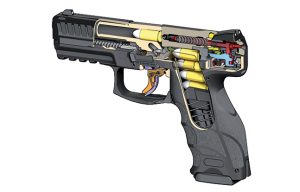 Second, know how your handgun operates. Since you read the manual, you should know to load and unload your handgun safely. You should know what safety features are on it and how to take it from safe to ready-to-fire. If you want to learn how to field strip your handgun, now would be a good time. 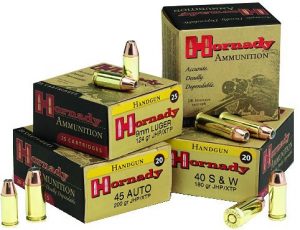 Fourth, have enough ammo. You did buy the proper ammo for your handgun when you bought it, right? If not, buy some today. It won’t do you any good without ammo. How much should you buy? For a new handgun, as much as you can. Your goal should be to have a 1,000 rounds on hand, but you can build up to that. Already bought some? Good! Buy more. You’ll go through it a lot quicker than you think. Also, buy more ammo. Buy mostly average stuff for now. Don’t worry about the high-end personal defense rounds yet, because right now, you suck. And that’s okay.


Fifth, find a gun range near you. It doesn’t have to be fancy, but you want to look for places that will support you and your time practicing through an environment that helps you. Sufficient lighting and ventilation at the indoor ranges. Proper safety checks for indoor or outdoor ranges. If you choose to find open land, make sure that land does NOT prohibit firearms from being discharged and that there is a big, and empty of people, backstop behind your targets. An indoor range is good for beginners. One main advantage a lot of them have is adjustable target distances so you aren’t saying “Dude, I was hitting the target at what must have been 50 yards!” when really you’re at 8 yards and the one time you hit it was mostly by accident. You can buy ammo at most indoor ranges, but it’s usually a little more expensive, but sometimes people forget to buy ammo before hand and are forced to do at the range. But you have ammo, don’t you, because you listened to me, right? Right. Buy ammo.
Sixth, practice. None of what I mentioned before will do you a lick of good unless you haul your newb self down to the range. Take a buddy if you can. Someone with experience in firearms is best, of course, but for whatever his skill level, make sure you trust him not to do something stupid. Most ranges I have used have a helpful staff on hand that do not judge. Oh sure, you’ll run into the firearms equivalent of the Comic Book Guy now and then. Ignore them. Put in the time to know how your handgun operates. Don’t get caught up too much on being accurate, right now just focus on shooting correctly. There are two major upright stances, the Isosceles and the Weaver. Either one will do, find the one you are most comfortable with for now. Focus on your grip, lining up the sights, breathing, and squeezing the trigger. It’s ok when you suck. No big deal. There are no grades at the range, so you can work on different aspects and be fine. Just remember the Rules and follow the range rules.
Seventh, know how to clean and maintain your handgun. Remember the first step? Break out that manual and read how to 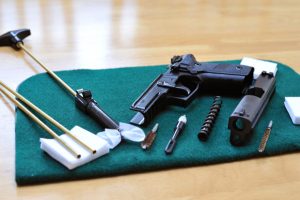 take care of your handgun. After the range, get in the habit of checking out and cleaning up your firearm. Make sure nothing looks amiss. Modern handguns can take a tremendous amount of stress, but no product is 100% free from all errors and defects. But don’t stress, either. Just a quick visual inspection is all that’s needed most of the time. If you aren’t sure, or think there’s a problem, have it checked out by a competent gunsmith. Ranges sometimes have one on site, or they can recommend a local. Really, though, for the vast majority of modern firearms it will never be a concern.

Eight, store the handgun in compliance with local laws and according to your comfort level. Some people will do the bare minimum and others will have it in a bio-metric safe inside a bigger safe behind a locked door, guarded by trained alligators and frickin’ lasers. I’m not saying which way is right, you’ll have to judge for yourself. But remember, you are responsible for the handgun inside your house. 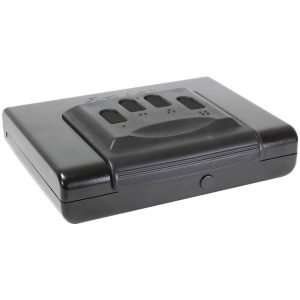 Ninth, have fun! If you aren’t having fun, relax. Yes, you are wielding a bullet hose of massive destruction that can shoot through car engine blocks at 2,000 yards, so you need to treat your handgun with respect, but have fun!
Tenth, did I mention to buy ammo? If you had fun at the range, which you did, you’re low already so time to stock up again before your next trip.
Sound off in the comments on what else newbies should know.

The Anglo-Saxon Chronicle as the Foundation for British Identity