There can be no doubt that web is filled with all manner of thoughts…  a few brilliant… many entertaining…  and sometimes stupid.  But… Every once in a while we Men of the West come across something so grossly over-the-line of decency and so offensive to the tenets of intellectual honesty that we simply have to address it.    And by address it… I mean destroy it.   Today…  we came across something called a Sojourner.  The article itself is represented here in italics.  Our response is found within it in standard text.
Let’s start with the title…
American ‘Christianity’ Has Failed
Note the scare quotes around Christianity.  No doubt the author thinks this is clever because he is suggesting that what American churches practice is not real Christianity.  This is in fact the key point of the article.  Of course… the scare quotes lampoon his entire argument from the beginning because what he is attacking isn’t Christianity at all.  Its his own strawman of Christianity.  Remember… its only real Christianity if the liberals agree with it.
For the last few years Christians have been singing worship songs that include lyrics like “ keep my eyes above the waves, when oceans rise …” and yet have rejected refugees who’ve seen loved ones die beneath waves, who themselves have literally struggled to keep from drowning in oceans. Those American Christians — particularly white evangelicals — continue to sing the words: “Spirit lead me where my trust is without borders …” but fail to realize the shameful irony that they’re largely responsible for refusing shelter and opportunity to some of the world’s most helpless and oppressed people.
Well that’s a lovely little appeal to white guilt, but it’s also a complete load of bullshit.  In fiscal year 2015, the United States of America took in 69,933 refugees, more than any other nation on the planet.  That of course only includes those who were legally granted refugee status, and does not include the thousands more who came here illegally in 2015 who the US took in with open arms, offering state benefits like education, food services, and healthcare.  All paid for by the ever shrinking American workforce.
This represents a predominant theme of Westernized Christendom: proclaiming Christian rhetoric while actively — or passively — practicing the opposite in reality.
See above.   America takes in more refugees than any other country on the planet.  We lead the world in compassion.  Moron.
Because while the gospels instruct followers of Christ to help the poor, oppressed, maligned, mistreated, sick, and those most in need of help, Christians in America have largely supported measures that have rejected refugees, refused aid to immigrants, cut social services to the poor, diminished help for the sick, fueled xenophobia, reinforced misogyny, ignored racism, stoked hatred, reinforced corruption, and largely increased inequality, prejudice, and fear. 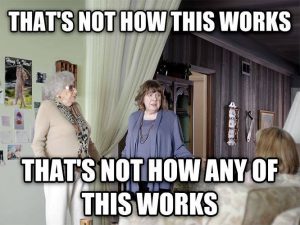 Wow… that’s quite a list there.  Anything else you want to accuse white America of?  Lets go through that list… we rejected refugees?  That’s already dealt with.  We take more than anyone.  What’s next?  Refused to aid immigrants?   The US?  We not only aid immigrants more than any other nation on the planet… we even aid illegal immigrants more than other nations aid their legal ones.   And what’s this “cut social services to the poor” garbage?  Who?  When?  What did Obama do in the last 8 years that cut social services to the poor?  And diminished help to the sick?  Obamacare was specifically designed to help the sick among the poor.  The rest are not even worth addressing, as they are nothing but the standard leftist lists of bullshit boogeymen.   So far all we have is appeal to emotion. Guilt specifically.
If Christians refuse to help and actually use their political advocacy and opinions to further hurt refugees, immigrants, women, foreigners, minorities, the poor, the oppressed, the persecuted, the sick, the LGBTQ community — and aren’t abiding by the golden rule of loving their neighbors as themselves, then who exactly are Christians supposedly loving?
The problem with this of course is we’ve already demonstrated it is based on a lie.  American Christians do good work all over the globe from Burma to Brazil.   And they do so by the sweat of their own brow, not by force of government.  The author seems to be completely unaware that small churches in small towns in America, poor themselves, still go do mission work, like building houses in stricken communities in South America.  He seems unaware that American churches feed and clothe less fortunate people all over the world.  It makes me wonder exactly how connected to the American Church this fellow and his organization actually is.
What benefit are Christians providing their communities, and what good are they contributing to the world around them? Because in America, it appears that the sole purpose of Christianity is to selfishly protect people’s own self-interests instead of sacrificially serving others.
The local church is the hope of the world.  Again… this is the sort of thing that could only be said by someone that has no contact with actual local churches.  Its so blatantly and egregiously false that begs the question…  does this author have any real connection with American Christianity at all?  This goes well beyond hyperbole.  Christian churches of all denominations operate local food banks… they give away food to the poor… they have mission projects where they repair the homes and build houses for those in need.  Right now today churches from all over the southeast are organizing to go help clear tornado debris in Mississippi and Georgia.   And what are you doing Sojourner?   Will I see you in Hattiesburg tomorrow?  No.  I think not.  Because that’s not how you liberals do things is it?  You are all about helping… as long as you aren’t actually doing the work… and you aren’t actually paying for it with your own money.  You only want to help as long as you are spending someone else’s money to do it.  So you can spend your time in your coffee shop reading about what a great person you are in the New York Times.
The election of President Donald Trump has proven that numerous Christians are more worried about power, influence, and control than the gospel messages of humility, generosity, ministering to others, and love.

Of course there are exceptions, but it should be sobering for Christians to realize that that many who claim to follow the Prince of Peace, the Healer, the Light of the World, supported policies that are bringing darkness and pain to so many people.
You shut your whore mouth.  You claim to take the side of Jesus, while asserting that you know the hearts of millions of Americans.   You’re a white washed tomb.  Your idiot leftist policies have destroyed the American economy.  While the rest of America has been falling apart… while cities like Birmingham, Alabama, have been forced to file bankruptcy and Detroit has fallen to ruin, and Chicago has turned into American Somalia, the counties surrounding Washington DC have become the richest in the United States.   And where is Sojourner based out of?
Hrmmm… lets look at the “About Us” section of the Sojourner website… who exactly are these people… 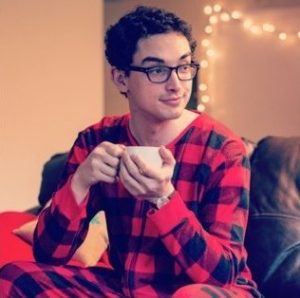 Sojourners ministries grew out of the Sojourners Community, located in Southern Columbia Heights, an inner-city neighborhood in Washington, D.C. The community began at Trinity Evangelical Divinity School in Deerfield, Illinois, in the early 1970s when a handful of students began meeting to discuss the relationship between their faith and political issues, particularly the Vietnam War. In 1971, the group decided to create a publication that would express their convictions and test whether other people of faith had similar beliefs. What emerged was a publication committed to social justice and peace: The Post-American
Oh.  You’re treasonous commies.  I mean why didn’t you just come out and say so at the beginning?   Yeah.. you’re right.. you kinda did.  Still its good to have it out in the open.  I’m sure these Americans are very interested in being lectured by The Post-American.    Now… where were we… oh right…
You accused the American Church of putting its own interests first… of collecting and amassing wealth for itself… while you and your liberal friends in DC have done exactly that.   What have you done for the American poor, you low rent coffee shop communist?  You accuse the American church of stoking the fires of racial hatred, when in reality it is you and your leftist comrades that do so.  No one is more hate filled than you.  No one is more dehumanizing than you.  Donald Trump did not divide America.  You did.
These presidential orders, which will refuse help to many of the world’s most vulnerable individuals, are what many Christians voted for. This is the fruit of their political labor, but it’s not the Fruit of the Spirit. In fact, love, joy, peace, happiness, and self-control are notably absent from the current administration.
The gospel of Jesus has been traded in for a narrative of fear. 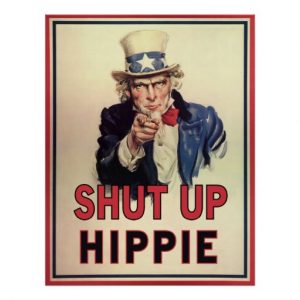 What presidential orders are you blathering about?  How does cancelling TPP refuse to help the world’s most vulnerable individuals?  How does building Keystone with American Steel refuse to help the world’s most vulnerable individuals? How does building the physical barrier on the border, which Hillary Clinton and Barak Obama both voted for in 2006, refuse to help the world’s most vulnerable individuals?
The article finishes up with a few selectively chosen out-of-context scriptures that demonstrate the author is not only completely disassociated with an American Church… he is apparently completely ignorant of the message of Jesus he purports to proclaim.
Jesus was not a worldly king.  He didn’t come here to establish government or even work with government.  Never once did He tell anyone to do so.  Jesus establishes the Kingdom of Heaven, which exists in the hearts of men… not in government halls of power.  Voting for a bill to help the poor isn’t doing a thing for the Kingdom of God.  Taking money from your own pocket to feed the poor is how we build that Kingdom.
These Sojourners are not Christians in any sense I can grasp.  They are nothing but political progressives wrapped up in Christian clothing.  They are not here to serve Jesus.  They do not want you to serve Jesus.  They want to use Jesus to make you serve them.
Now excuse me… I need to knock the dust off my boots.