No, not my email; does anybody read that? I mean the letters and stuff that come in the box out at the end of the driveway. Oh, I don’t read all of it. Most of it goes in the trash, especially if it looks like a bill or if it is from the IRS.
Yesterday, I got a couple of catalogs. Those are kinda fun, especially if they are from Hornady or Midway USA. These were from a hatchery, and also a gardening catalog.
My wife had already looked through the hatchery book. I was mildly surprised, because my chickens raise heck in the flower beds and she doesn’t like having to take care of them when I go on my too frequent (according to her) hunting trips. She said, “I want that one” pointing to a picture of a Polish breed with feathers pointing every which way off the top of its head. She might get it too.
Last year the neighbor’s dog killed my entire flock, and while I was unsuccessful in exacting my revenge, the neighbors at least got a glimmer of a clue and the dog doesn’t come over here anymore. 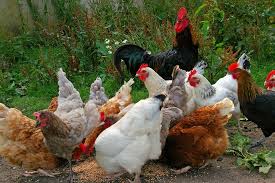 I like chickens. I couldn’t explain why. They are a disaster waiting happen, with dogs or more natural predators picking them off one by one or all at once. Oh, yes there are eggs. But while I eat lots of eggs, I don’t particularly love them.
I like to let them free range. There’s just something about a chicken running around the yard and being happy to see you because you feed it. The free ranging makes me and the chickens happy, even though it isn’t too safe for them. They need almost no feed, which is an important factor. During the summer, they get what they need from free ranging, with a few table scraps and a little feed to supplement.
Last year, I needed to replace my lost hens, and I wanted to get white rocks. My dad had told me they had them on the farm when he was a kid, and they lay well through the winter. That’s an important factor here on the planet Hoth. On the other hand, what do you do with frozen eggs? The white rocks weren’t available, so I got barred rocks. The roosters didn’t make it, so my dream of a self sustaining flock didn’t come true. I picked up a few more from an egg seller that had heath issues. A couple of California whites, a couple Rhode Island reds, and a couple Black sex links. Lots of people were selling out of their laying hens last summer on craigslist and facebook.
So after some of the usual disappearances and one of the white ones getting hit on the road, I have 13 left, which is plenty for now, but no roosters. I’d like to get a rooster that is the same breed as the hens, so I can put eggs in the incubator.
Then they send me this catalog. The white rocks are in there, as well as a whole bunch of other breeds that are fascinating, including the silly looking one my wife likes. She might get it too.
The other catalog was full of goodies too. There were several species of nut trees, which sound like a good thing to have. I’ve got a few fruit trees started but I need more. The biggest shock was that kiwi fruit grow as far north as zone 4. I had always thought they were tropical fruit or something. Two plants can yield 10 gallons of fruit. I can’t resist that.
There were strawberries that are white and taste like pineapples. There were blackberries, and raspberries, and many kinds of fruit that I don’t have yet.
That’s the thing about catalogs. You find a lot of things you didn’t know you needed.

Remembering How to Win