People tend to fall into two camps: Big Picture people and Detail people. Both are important and necessary for things to work properly. Unless tempered by the other type, folks tend to head into extremes on both sides, and that leads to problems.
Big Picture folks, without support by detail-oriented accomplices, can tend to scheme and plan grand things, but never actually get anything done. They get excited about possibilities, and even get others worked up, but never actually do much about those dreams.
On the other side, Detail people often get bogged down in the minutiae of the task at hand and fail to realize why they are doing these activities. In the end, the result can be the same as befalls the lone Big Picture guy – nothing of import happens. 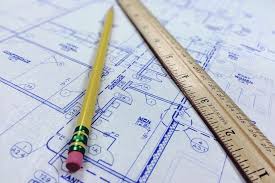 Here is a practical example of a Detail person missing the forest for the trees: Mr. Detail has been assigned the task of developing a pointed, focused letter addressing a particular problem in his work place. He spends several hours analyzing the intricacies of the issue, pondering why each point is vital or not. He studies the motivations of the people involved. He takes time to consider how the letter should be worded to be most effective to all the pertinent people. He then moves into the physical nature of the letter itself. What font should be used? What format should the letter take? Double spacing or single spacing? What style of salutation, body, complimentary close, and signature line should be used? In the end, Mr. Detail ends up spending multiple hours on a task that should take a few minutes. He gets so wrapped up in the details that he actually wastes lots of valuable time. Even if the end product is well-done, it might be so detailed that no one reads it.
Of course, Mr. Big Picture is no better. He will often come up with a fine idea that would be beneficial to his organization, but never do more than expound on generalities. He might notice that his company has waste in a particular department, but rather than figure out what specific things should be done to curtail this unnecessary loss, just points out that waste is bad and needs to be stopped. A common phrase is “we need to stop waste in Dept. X. Hey, let’s go get a drink.”
Those are theoretical, but they often play out in the real world, with tragic consequences. I recently reviewed the film 13 Hours, and mentioned the book of the same name upon which the movie is based. The book, of course, has more details, and clearly highlights the dynamic between Big Picture and Detail people. The GSR operatives were detail people. They had a task to accomplish and worked at doing it to the best of their abilities. In this case, their job was to protect CIA and Diplomatic assets in Benghazi. When the Diplomatic Compound came under attack, these operatives geared up to go on a rescue mission to save Ambassador Chris Stevens and the other Americans under fire. That was their job.
Enter the Big Picture Guys. The CIA leadership in the secret Annex ordered the operatives to stand down. In fact, according to the operatives, they eventually just went on their mission without authority. But precious minutes were wasted as Big Picture and Detail folks wrestled with their perspectives. Why did the Big Picture guys waver? They viewed their facility as secret and did not want to give it away. That was part of their mission. They were there primarily for intelligence gathering, not combat.
In that sense, both groups were acting according to their views. In fact, the CIA leadership was technically correct in their assessment, but in this particular case, it was time for Detail men to do their jobs. Because the Big Picture folks could not look past their perspective, lives were lost.
Now, honestly, I am a Big Picture guy. I am horrible at the details. I know that. That is why I surround myself with people who can complement my skills, helping me fill in the gaps where I am deficient. I married a Detail-oriented woman, and together we make a potent team.
Likewise, Detail people will get caught up in the little things and lose focus on the overall goal, if left alone. That is why they need to work in conjunction with Big Picture comrades. Not that this means that everything is rosy when the two team up, as seen in the Benghazi example above. There, the main fault lies with the Big Picture group, which failed to realize that details are important, too.
So what can we learn from all of this?
First, know your own strengths. Which one are you? Big Picture or Detail? Neither is better or worse, and both are necessary. Just figure out your strengths in this regard.
Second, know your weaknesses. If you are a Big Picture guy, realize that you need help to get things done correctly. This does not mean you can never do a detailed work, but rather that there are others more suited to that task, and they will do it better than you will.
Third, figure out how to work with people from the other skillset. It is one thing to recognize the difference. It is another thing altogether to work together. Do not allow your ego and preferences to get in the way of realizing the value of the other group. You do your thing and let them do theirs. Trust one another.
Fourth, be willing to listen to the other group’s perspective. No matter where you fall in this grouping, realize that your view is limited. The other group’s viewpoint is just as valuable as yours, so listen.
Fifth, learn from mistakes. Face it, you are going to blow it once in awhile. So what? Figure out what went wrong and do better next time.
In the end, successful ventures are the result of both Big Picture and Detail people working together. We need strategists and tacticians. Know yourself and know your compatriots.
Here are Men of the West, we have a healthy mix of both groups, and we argue, encourage, cajole, admonish, support, prod, and pray for one another. You would be amazed at how often one of us tells the others something along the lines of “Here is an issue we need to write about, but I am not really capable of doing the topic justice.” Then we brainstorm together and eventually one or another of us will take all the feedback and turn it into an article. Then several of us will go over that article, fact-checking, proofreading, etc. We are a team. 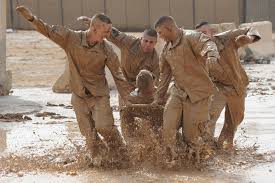 Sure, many of our articles are single-author products. Not everything is composed in a team-oriented setting, but many articles are. You will notice that some articles are general and broad-ranging (like this one), which points to a Big Picture author. Others are focused on a specific task (sharpening an axe, for example), which points to a more detailed approach. Added together, we have an explosive mix, providing multiple avenues to accomplish our mission.
Your charge here is to figure out where you fit in and then act on it.

Sometimes I read my mail.