For whatever reason, history has established that cultures and movements have a need for symbols. The obvious question of the day is: who defines the meaning of these symbols?
As a Southron Patriot, I had to deal with this question a long time ago, and now apparently I have to deal with it as a Christian as well. To be honest, it boggles the mind that I even have to say this. 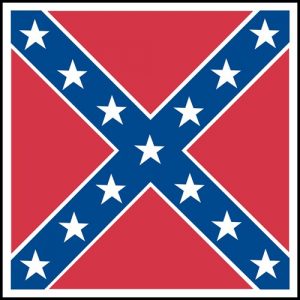 Our symbols are not defined by our enemies. They are defined by us. If we decide that a Cross is going to be our symbol of faith, then what that cross was used for before, and what it is used for by others now and in the future, is completely irrelevant. It means what we say it means. We’re its owners.
The best symbols come from historical events.
The Battle Flag for example, St. Andrew’s Bloody Cross, was chosen to lead the men of the South into battle because the First National Flag of the Confederacy was effectively the exact same as the United States flag.
Years later, a group of morons from Illinios got together and decided to start a club for jerks who hate black folks. They needed a hook, so they looked around, found the militia group that Nathan Bedford Forrest started after the war, and hijacked their symbols. There wasn’t some incident that made these symbols relevant to the Klan. They just thought they were cool. 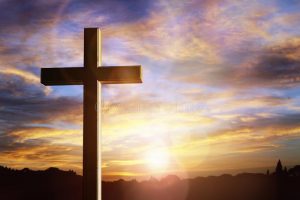 The Cross is a symbol of Christianity, not because someone randomly picked out a shape. It’s important because of what happened on that cross.
We’re not talking about specious reasoning here, people. Christ died on a cross. Christ’s death gives us eternal life. It is not a great leap then for us to claim the Cross as our symbol. What it was used for before is totally irrelevant.
History gives me claim to the Battle Flag. History gives us claim to the Cross.

Anatomy Of A Business Call