Those of us from the Hard Right, we Men of the West, have long known that Democrats (and many establishment Republicans) are horrible creatures. As such, before Trump came along, many of us  had moved away from politics, as it really did not matter. They were all in cahoots. Sure, there were some decent folks in Washington, but they were few and far between. They did not have enough power or influence to really get anything done. Of course, things have now changed. In this series, I plan to look at the impact that President Donald J. Trump has had on the Republican Party and those who have supported it.

First, though, as we get into the topic, we have to address the issue of bipartisanship. That has long been a clarion call from the Congress-critters. They claim that only by Left and Right working together can any meaningful legislation be enacted. However, the reality is that this “bipartisanship” only worked in one direction – to the left.

For an example, let’s look at the confirmations of Supreme Court justices,including the most recent – where JUSTICE Brett Kavanaugh was placed onto the country’s highest court. Over the last century, prior to President Nixon’s nominations, it was true that most justices were confirmed fairly convincingly. So we can just look from Nixon to the present, especially since the Bork nomination by President Reagan in 1987. Let’s look at the nominations that were rejected by the Senate: 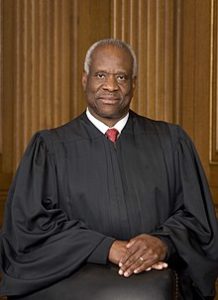 So let’s consider the margin of victory for the confirmations. Admittedly, from Warren Burger (Nixon) to David Souter, except for those rejected (listed above), the candidates were passed fairly overwhelmingly, though all were from Republican presidents. The lowest totals were for Justice Rehnquist, both to the Supreme Court and as Chief Justice, and he was in the mid-60s in the affirmative.
But starting with Clarence Thomas in 1991, we see a big change. After dubious obstructionism by the Democrats, Thomas was confirmed by a 52-48 margin.

Both of President Bill Clinton’s nominations were passed overwhelmingly. Ginsburg, one of the most far-left justices in history received 93 aye votes, and Breyer got 87.

President George W. Bush added two justices, with Roberts getting 78 and Alito getting 58.

President Obama also added two, with Sotomayor getting 68 votes and Kagan getting 63.

President Trump has added two in his first two years, with Gorsuch getting 54 votes, and Kavanaugh getting 50 (one vote, from the traitorous Alaskan Senator Murkoswki was simply “present” and Sen. Daines from MT was absent at his daughter’s wedding).

So look at those numbers. When Democrats nominate a justice, even though Republicans ostensibly reject these nominees’ liberal leanings, the Right has still tended to vote for them. That is bipartisanship.

But what do the Dems do when faced with a nominee that does not follow the godless leftist agenda? They fight tooth and nail to keep them out. Thomas with 52 votes. Alito gets only 58 votes. Gorsuch pulls in 54, and poor Kavanaugh with a bare majority of 50. Where is the bipartisanship there?

Thomas had exactly 9 Dem votes for the affirmative. Alito had 4 Dem yes votes. Gorsuch received 3 Dem votes of support, and we know Kavanaugh received only 1.

This is not bipartisanship.

So Sen. Chuck Schumer can decry that we are seeing the “ignominious end of bipartisanship,” but we all know that it has never really existed. There was only the leftward drift that opposed what is good and right. With the impact that President Trump has had, the Hard Right now has a voice and it is heard. Bipartisanship has never truly existed, and it will not.

We do not want to compromise with Commies. We want to return to Western Civilization and they have nothing to offer in that regard.

Our admonition to the leftists is to suggest that they buckle up, because they have not seen anything yet.