In Part 2 of this series, I mentioned that having a strong leader in President Donald J. Trump has elevated many of his former opponents into supporters. In addition, those who had once acquiesced 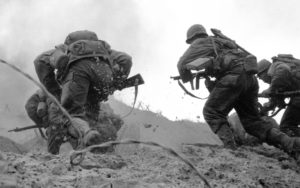 to the Leftist agenda of destroying manhood have reawakened and have begun acknowledging the role that manliness plays in our society. As support, I quoted a tweet from Texas Senator John Cornyn, who reminded everyone of Sgt. Alvin York’s exploits (and who has been lauded on this site as a true Man of the West).

This is indicative of reality. Men and Women are not the same, and there are only two sexes: male and female. There are no other options. You are born into one of those two categories, and that is where you will remain for life, regardless of feelings, hopes, desires, or proclamations. If you have a penis, you are male. If you have a vagina, you are female. That is reality.

It is ludicrous for those on the Left, and some of their sycophants who pretend to be on the Right, to argue otherwise, but that is what has happened in recent years, as we have seen dogged 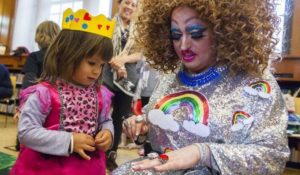 So it is a welcome return to sanity that we see taking place now. President Trump, who is no angel, is without a doubt a man’s man. He always has been. He is a true Alpha Male, and there is no denying that. Under his leadership many who have assumed roles of power, but failed to actually lead, have begun to step up and acknowledge, directly or indirectly, that there is nothing wrong with being a strong male. They are beginning to stop participating in the SJW-infused Politically Correct game. Here are a few examples:

“So…Obama’s going on campaign trail to alert ppl of trend toward authoritarianism/a hit on Trump That’s easy for Trump to counter. No President can be autocratic when u share Constitutional power w Congress&Court@real Donald Trump give it to Obama” – Sen. Chuck Grassley (IA)

“There is no chance in the world that the far-left will scare us out of doing our duty.” – Sen. Majority Leader Mitch McConnell (KY)

You see, many of these men are remembering that they are men. Goodness and strength is a virtue, and they are starting to advocate for that again. There is no more dancing around on eggshells, playing the political game, but rather a forceful declaration that men should be manly and stand up against tyranny and weakness. Just consider Justice Brett Kavanaugh’s elevation to the Supreme Court. Had this happened in recent years, the President (not Trump) would have pulled the nomination, the Senate would have rejected the candidate, or the candidate himself would have withdrawn from contention. Not this time. No, as we have already pointed out, Kavanaugh stood firm as a man, and  unleashed his righteous indignation upon those who were attacking him – and the Left had no viable response. They cannot stand up to true manliness.

That is  historically what men have done. See Charles Martel and Jan Sobieski for examples. This is what men need to start doing again, and is one of the primary reasons we began this site. Just go back and re-read Lector’s very first post that appeared at Men of the West:

We are returning to the historical norm, and finally, under Trump’s leadership, many of the congressional leaders are following suit. We say that it is about time. Welcome to the fight. 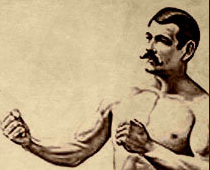 Of course, it is not only political leaders that are taking up this standard. There are many others out there calling men to be men:

There are, of course, many others, but this just shows you that manliness is making a comeback. While we might not agree with every thing from those sites, we do recognize the clarion call for men to accept their God-given role as men and to be accountable for the same. We must accept that challenge and teach our sons to do the same. Learn from examples that are provided by the men who have gone before us.

Arise, Men of the West, and accept your charge.

Sunshine and Storm in Rhodesia (Part 1)

Sunshine and Storm in Rhodesia (Part 2)