Over the past two years, I have written several articles addressing the role that GenX is playing in our current social climate. Those links are just a few of the aforementioned articles. In this current series on the changing landscape, it seems appropriate to return to this topic. In fact, we have reached a point in our culture that was designed for GenX.

Consider the topics discussed so far in this series: 1. The End of Bipartisanship; 2. Strong Leaders; 3. Return of Manliness; 4. Mockery and Ridicule. As I consider those issues, they scream out “GEN X!” to me. 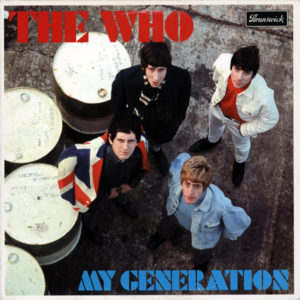 Unlike the flaky Baby Boomers, who knew at a tender age that they were the world’s salvation, and boldly proclaimed that no one over 30 (then 40, 50, 60, 70, 80….) should ever be trusted, GenX  has never considered itself to be any sort of hero generation or desired to make wholesale changes. No, we just wanted to be left alone to live our lives. Our childhood was marked by just that sort of benign neglect. Our parents left us alone, for the most part, and we tended to raise ourselves. We had no desire to adhere to expectations placed on us by others, since they did not care enough to pay any attention to us to begin with. In that environment, we learned to figure out problems on our own, or with our own small group of friends, and we found ways to succeed and enjoy life just fine. We were content to let Boomers go off on their foolhardy missions, as long as they kept us out of it. I mean it – we are all about being left alone. Why would we want to force the idiot Boomers to follow our example? We really just don’t care.

The Millennials that came after us adopted the Boomer mentality and took it to a new level. At least the Boomers realized that accomplishing their grandiose plans would take some work. They were in it for the long haul. Millennials want everything handed to them on a silver platter, just because they are so special and better. Again, GenX just didn’t care, as long as we were left alone.

However, that was not to be. Both Boomers and Millennials have decided that EVERYONE has to jump on board their salvific endeavors, even if we 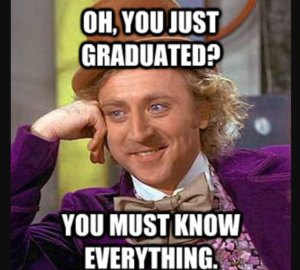 think they are stupid – and they are. That is where GenX will draw the line. Go off and do your own thing, but do not drag us into it. Do not step on our toes. Yet that is what has been happening – and yes, it has been going on for a long time, but GenX just ignored it for awhile, because…well…we ignore morons. In the past decade or so, it has really picked up steam, and that is why we have been more engaged in the political process lately. And trust me, neither Boomers nor Millennials are prepared or capable of dealing with what we will do. Boomers have proven to be useless on the whole, while Millennials are not suited to deal with concerted conflict. GenX is wholly suited to such a setting.

We reject the need for bipartisanship and compromise. What is right is right. Why would we want to dilute that? If you don’t like it, then you should have left us alone. You sowed the wind, and now you will reap the whirlwind.

We admire strong leadership. It is feckless and squishy leaders that have led us to our current situation. Had there been strong, accountable leadership, we would not be in the mess we now face. When you look back at history, strong leaders get things done. That does not mean we agree with all of them politically, socially, religiously, or otherwise, but we can at least admire their ability to accomplish their goals. They did SOMETHING. For the past three decades, our country has been led by weak and useless men (and women). The rise of Trump is a sign that we are no longer willing to accept that status quo. We support strong leaders, especially those who advocate for truth and goodness.

We support intelligent thought, rather than political soundbites that border on hilarity and idiocy. Look, we KNOW that there are two sexes: male and female. That is it. You do not get other options, and you do not get to choose where you fit into that framework. If you have XX chromosomes, you are female. If you have XY chromosomes, you are male. Done. No do overs. We do not care what you wear or call yourself; you are what you were biologically born to be. Period. You are the race into which you were born. You do not get to claim you are something else after the fact. In all of this, we have seen Boomers and Millennials go down the wrong path, and advocate for the destruction of manliness. We abhor that. We do not like girly men. We like manly men. We do not like manly women. We like womanly women. We were designed to be male and female, and should act accordingly.

We excel and revel in mockery and ridicule. Check out Twitter and other such internet social media sites. Do you see good mockery? Does a particular meme strike you as being on point and well 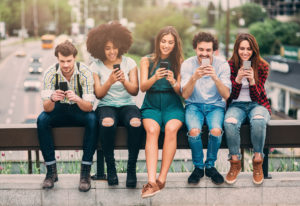 done? Odds are, it was done by a member of GenX. The older and younger generations are just not as good at it as we are, and much of that comes from our background. Without lots of direct adult supervision in our younger years, we developed our own way of communicating, and mockery, ridicule, and derision are an important part of that. We often refer to our closes friends in mocking terms, and it is meant with affection. We also mock our enemies, and it is meant to highlight the ridiculous aspects of those people. We use mocking at a level that Boomers and Millennials cannot hope to duplicate.

Of course, in all of this, there are exceptions. Trump, a Boomer, is an excellent mocker. There are some Xers who suck at it. But generally, those descriptions are accurate and speak to the fact that Genx was made for this time and place.

Keep your eye on the continued mocking of the Left, the continued return of masculinity and femininity, the continued rise of strong leadership, and the continued rejection of bipartisanship in the political arena. As you do, realize that GenX is taking its proper place, demolishing the false idols erected by Boomers and their Millennial clingers, and raising up what is proper and true.

As I have stated before, we are living in a GenX world, so you might as well get used to it.

Of A Young Knight…

Communion: Yours, Mine, and Ours