Anyone who has followed American politics since Trump began his campaign in 2015 recognizes the term “Never Trumper.” These are folks, supposedly Republicans, that refused to support Trump, no matter what. To be fair, many of the folks in that group are not Neocons, but simply people who refused to support the man, due to his past indiscretions, their abhorrence of his style, 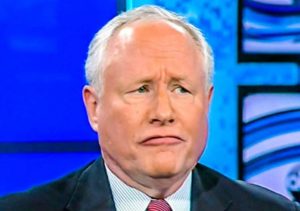 or some other reason. However, many of these “Never Trumpers” took that position solely for the reason that they are Neocons, and Trump threatens every one of their cherished positions.

So what is a Neocon? According to Infogalactic, they are those who made the move from the Anti-Stalinist Left into Conservatism. In other words, they were not truly of the Right, but of the Left, yet found that the Left was going in a direction they did not like, so  found it expedient to co-opt the Right. They found their intellectual roots in the theories proposed by Leo Strauss. Futhermore:

As the movement’s Democratic roots faded in importance, its new members were increasingly brought up in an atmosphere of political correctness. Young neoconservatives of the 1990s and early 2000s were exquisitely sensitive to accusations of racism, image-conscious, and vulnerable to the rhetorical tool of Kafkatrapping. Neoconservatives have consistently spoken out in favor of large-scale immigration from the Third World into western lands, and (by supporting global free trade), of relocating manufacturing capabilities in the opposite direction. Neoconservatives have been condemned as cuckservatives by the newer alt-right movement, who consider them weak at best, or tools of a progressive cultural and economic elite at worst.

So it is clear that they led the Right into a decidedly Leftist direction. They never met a war they did not like, and almost always supported the expansion of governmental power. To be blunt, Neocons were never one of us.

Their overreaction to Trump’s candidacy was hilarious, if a bit sad. A leading Neocon began his long-deserved slide into irrelevancy before the general election of 2016, when he declared that he would put forward a new candidate to challenge Trump in the election. So William Kristol floated the idea of David French as a presidential candidate. French declined, so Kristol convinced the moron Evan McMullin to run. You probably don’t remember him, as he was a mere blip on the historical scene, but it showed  how much hatred the Neocons had for Trump. Thankfully, Kristol has become a laughingstock, but one who does not realize that he no longer matters. In fact, he is now entertaining more delusions of electoral grandeur, actually believing that Trump will lose in the 2020 Republican primaries. He advocates for a “real swamp draining.” Billy boy, you are the swamp. You have been drained.

The Republican who’ll beat Trump in the 2020 primaries will run on a REAL drain the swamp platform: Against influence of Saudi, Chinese and Russian money. Against the 2016 choice of Trumpian and Clintonian corruption. Release tax returns. History of military or public service?

Or how about the Soviet-born Max Boot. This joker is a member of the Council on Foreign Relations, a decidedly Leftist group (with many political figures from the “Right” involved, as well). He has actively supported American Imperialism, and recently declared that he was leaving the Republican Party. Well, Max, the Right left you behind a long time ago. Way to finally catch up. He lamented his treatment by members of the Right:

Now that I’ve come out against Trump and have begun a critical reexamination of the GOP’s checkered history, I am being airbrushed out of the conservative movement as if I were some old Bolshevik who had fallen out with Comrade Stalin. My latest: https://t.co/AeYUZAaiRr

Dude, you were never one of us. There is nothing to airbrush. You are a Trotskyite through and through.

Without a doubt, there is much, much more swamp draining needed, but the policies that Neocons have pushed for decades has fallen out of favor, and that is a good thing. Even some Neocons have begun to see the writing on the wall. I am not yet ready to give John Bolton a pass, but it seems that he has at least toned his rhetoric down a bit in the Trump administration. It is a step in the right direction. These morons can go back to the Left, where they belong, and quit pretending to be part of the Right. Their decline and eventual demise is welcomed by the Hard Right. We are removing the enemies from our own house, so we can better focus on those outside of it.

Communion: Yours, Mine, and Ours