Look, we all know that the Left is full of anti-American cretins. There have been few decent Democrats over the years, for example in the 1980s at the latest, but they were few and far in between even then. Sure, some might have been decent men, but their policies and political aims were diametrically opposed to all that is good and proper in the country. Over the past few decades, that decline has accelerated. 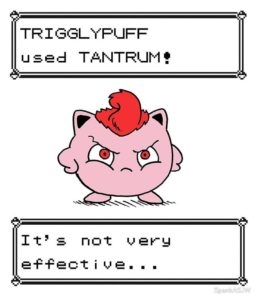 There was a time when we had multiple views on how the country should be governed, but the goal was at least to help America. No longer. Both the Democtratic and the GOPe has long since abandoned that target. It has become all about enriching themselves at our expense. Trump came in and blew that to pieces. That is why we have such rabid responses coming from the Left and the Neocons. He threatens them personally. They do not care what happens to you and me, as long as they get to add more money to their bank accounts and expand their control over our lives.

When the Left abandoned the goal of actually benefiting the country, they began to hemorrhage support amongst the normal people of America. That is why we used to refer to some of these people as “Reagan Democrats.” These people had formerly supported the Democrats, often for generations, but had come to realize that the party had long since left them behind, and they were no longer important to the Dems, except for during election season. Most of these Reagan Democrats were hard-working blue collar folks. So the Left, seeing this support disappearing, looked 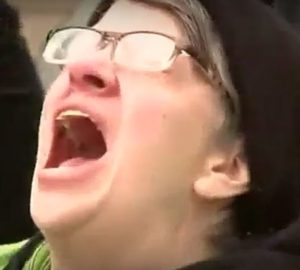 around for others to pull the lever for them every other November.

What they settled on was a coalition of minority and “disenfranchised” groups. LBJ famously crowed that his 1964 Civil Rights Act would keep blacks voting Democrat for two hundred years. He did not say it that nicely, either. The Dems then moved to the harpies who had experienced sexual freedom and wanted to have the right to murder their babies. The Roe vs. Wade Supreme Court decision accomplished that feat, and the harpies sold their souls to the Dems in perpetuity. As the 1965 Immigration Act began to add more and more Third World immigrants, most of whom had come from socialist or dictatorial regimes, the Dems scooped them up, branding Republicans as  hateful and anti-immigrant. Over the past decade, as the homosexual lobby began to grow and gain favor in the media, they also latched onto the Dems.  We could continue adding to this list, but one thing is clear – none of these groups has much to do with the others. They have different aims and ultimate goals, though there is some overlap. What they are not is a united coalition. In fact, their only real unity is being anti-American.

Watch this video, which is a parody. It is a perfect presentation of the Left’s meltdown. Look at the images behind the “spokesperson.”

That is becoming clear in their response to Trump and the enacting of his policies. We are already seeing infighting within the Democrats, but that is to be expected. They have little in common. What is a bit surprising to many is the fact that not only are they beginning to fight each other, but they are actually beginning to attack the Right. And I mean physically.

So what is it about the Left, who used to preach love, peace, and getting along, that suddenly drives them to violence? Because they have lost their minds. Back when most folks were nominally sane – meaning they adhered to the basic premise that the Country was a good thing and that while we might have some different policies in mind, we all wanted the same thing – the Left had to behave. Had they acted this crazy in the 1970s, for example, they would have been shut down and fast.

Now, they have pulled enough idiots to their side that they can resort to this behavior and think they might get away with it. Western culture has been so abused over the past few decades that these people actually view it as evil, when it is the only reason they are still standing. It is only because we on the Right are so patient, forgiving, and desirous of being left alone that we have not cut them down to size. That time has now come to an end, though. The Left’s time is quickly coming to a well-deserved conclusion. 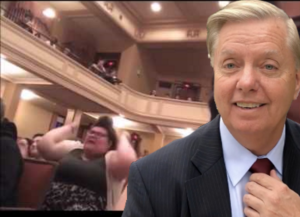 And so they fall completely apart. As mentioned above, they have no cohesive group dynamic, but are only loosely combined under the Democratic tent. Now that the Right has been re-energized and focused, the Left casts about, looking for someone to blame, and find that the problem is within their own ranks, so they blindly hit out, attacking anyone they see as opposing their view.

It used to be that they could call someone a racist and shut that opposition down. Today? We just laugh and say, “So what?”  That sort of example could be multiplied in various directions, but the Right has had enough, and is in the process of reclaiming Western Civilization.
This has caused the Left to totally melt down. When they fail to win both the Senate and the House on November 6, 2018, the meltdown will continue to accelerate.

I for one will laugh as they do.

Just like I laugh every single time I watch this video.

Sunshine and Storm in Rhodesia (Part 7)