On Monday, the vast majority of pollsters and pundits confidently proclaimed that Donald Trump had almost no chance of being elected. They laughingly said that it would take a perfect storm of converging events that would have to line up perfectly, and that it was just not possible. Magazines were already printing the “President Clinton” editions, fully expecting her ascendancy. 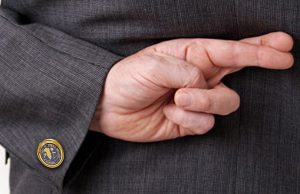 Of course, we all know they blew it. They blew it bigly. Donald trump not only won, he won convincingly.
So all these folks that gave us faulty information for not days or weeks, but for months, sat slack-jawed for a day or so, and then promptly began telling us how they had really seen the cracks in Clinton’s path to victory all along. While admitting that they had expected her to win, they also try to convince us that they had seen a real possibility for Trump.
As an example, note Nate Silver’s blathering on regarding his group’s “near miss.” The reality is that Silver’s group gave Hillary a 71.4% chance of winning on the day before the election. Not only was Silver not moving in Trump’s direction, but this was a 5% increase in Clinton’s chances from the day before. He was more confident of Clinton winning on Tuesday than he had been on Sunday or Monday, saying she had the wind at her back.
Look folks. These guys are tools of the establishment. They pushed a particular narrative for the entire election cycle. At no point did these pollsters give us accurate data. Instead, they tried to influence the results.
There was no reporting. At the behest of their financial supporters, they presented polls to dishearten Trump supporters, hoping to suppress their vote totals. That was their intention, though it did not work.
Do not believe their revisionist spin. They are no more objective now than they were before the election. Their goal now is to bolster their own reputations, in order to do the same thing next time.
This fight is not over, as we at the Men of the West have been arguing all week. The pollsters are still tools of the establishment, and it would behoove us to remember that.

Christian Apologetics: On the moral argument