Editor’s Note: Barton W. Stone (1772-1844) was a revivalist frontier preacher in the early 19th Century. Originally a Presbyterian minister, he left that denomination due to differences of opinion regarding doctrine. He was one of the preachers during the Cane Ridge Revival, during the Second Great Awakening. He and his followers later joined with another group of disenfranchised Christians, let by Alexander Campbell. This blended group eventually became the Restoration movement, later breaking into three main groups: Disciples of Christ, Independent Christian Churches, and Churches of Christ. It should be noted that Stone did hold to a form of premillennial thought, though quite different than modern dispensationalists. If you are interested, you can read more about his views here.

The very term kingdom implies a king, subjects, and laws. Of the kingdom of heaven Jesus is the king. In Psalm ii. 6, the Father speaks, “I have set my king upon my holy hill of Zion.” From the next verse it is plainly seen, that this king is the Son of God. This truth runs through the scriptures, especially of the New Testament. The bounds of his kingdom are coextensive with the world. The heathen are given to him, (as king) and the uttermost parts of the earth for a possession. “All authority in heaven and in earth is given to him; therefore the gospel is to be preached in all the world to every creature. Authority over all flesh is given him by the Father, that he might give eternal life to all, on the condition that they believe on him and obey him. To this kingdom the Son of God has a perfect right, having received it of the Father, and to whom he will ultimately surrender it. He is made Lord of all. This kingdom had rebelled against God, cast off his government, and would not be subject to his laws. In great love and pity to the rebel world the Father sent the Son, the prince of peace, as his minister, to them, and his ministry was to destroy their enmity and reconcile them to God.–The same ministry was committed to his apostles; and the same was by divine authority committed to faithful men from the apostles, and is yet perpetuated by all the true teachers of christianity.
What if some–the majority–the overwhelming majority of mankind, do not submit to their lawful king, and yield obedience to his laws? Surely they are, or they would not be punished for their rebellion by the king himself. See Luke xix. Every one of Adam’s family, who has ears to hear, and understand the word of the Lord, preached to them, is under equal obligations to obey him. The same gracious reward is offered the obedient, and the same punishment threatened the disobedient.
But the kingdom of heaven of which we speak, is his church, composed of all such as believe in Jesus, who have repented of their wicked rebellion; who have reformed their lives; who have bowed humble submission at the feet of their king, and have been born again; born of water and of the spirit. These are the subjects of his kingdom, as we are every where taught in the scriptures. Let us attend to this as among the most important matters of the christian faith. 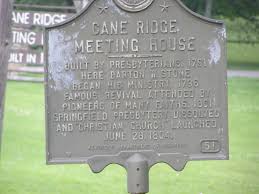 Matt. v. 3. “Blessed are the poor in spirit, for theirs is the kingdom of heaven.” Not the poor of this world, as those destitute of worldly goods; for many of such are wicked, and destitute also of the true riches. Not the really poor, who yet think themselves rich, and increased in goods, and have need of nothing. But know not that they are poor, and wretched, blind and miserable. But the poor in spirit is the blessed person, whose is the kingdom of heaven. Though he is rich, as possessing the kingdom of heaven, yet he is humble, feeling his entire dependence on God for all things. What have I that I have not received, is the language of his humble heart. As the poor use entreaties, so the poor in spirit, sensible of their wants, are often at the throne using entreaties, and making fervent prayer for grace. They are a thankful people; for, they feeling their unworthiness, and that all they receive is of free favor, feel obligations unknown to any other character. How humble is heart in the presence of his God! Lord, what am I that thou art mindful of me, and that thou so kindly visitest me with such unmerited mercy! He is humble with regard to his fellow christians; ever disposed to take the lowest seat, because  he esteems others better than himself, and views himself less than the least of all saints. The poorest in spirit is the greatest in the kingdom.
Matt. vii. 21. “Not every one that sayeth unto me, Lord, Lord, shall enter into the kingdom of heaven; but he that doeth the will of my Father who is in heaven.” The will of God respecting our duty is plainly expressed in his word. He is a member of this kingdom, who diligently searches the word to know his duty, and who as diligently endeavors to do it when known. No consideration whatever shall prevent him from doing the will of God when known; every thing, his dearest, and highest worldly interests, his name, his reputation, his life itself shall be sacrificed to truth.–Whoever is not in possession of this spirit is unworthy of the kingdom, and cannot be a member of it.
Matt. xiii. 38. “The good seed are the children of the kingdom.” I might multiply texts that speak a similar language; but Paul to the Romans xiv. 17, is so decisive, and pointed, that it appears unnecessary to add more. “The kingdom of heaven is not meat and drink, but righteousness and peace, and joy in the Holy Ghost.” This verse expresses the very character of the kingdom, and, consequently, the character of those that compose the kingdom; they are all righteous, even as God is righteous; they all have the peace of God reigning and ruling in their hearts; they all know the joy of the Holy Spirit, they are all one.–What a lovely, what a glorious sight, would such a kingdom present! Who, beholding, would not be captivated by its beauties? Who, in his right mind, would not sigh to become a citizen of it?
Such was the kingdom of God in Apostolic days; such it must be before the world will believe in Jesus; and such it will be in the full reign of Messiah on earth. Our duty is, not to look on with careless indifference; not inactively to wish for its approach, but to engage, heartily engage to hasten it, by vigourous endeavors to do the will of God. “Thy will be done on earth, as it is done in heaven,” is a petition the Saviour has given us to offer up to our heavenly Father. If presented in the proper spirit, will it be neglected? will it not be answered? “God is faithful, who has promised.” “Have faith in God,” and endeavor to “walk even as Christ walked.”