During the colonial era, both New England and Virginia were important to British interests, supplying necessary capital and/or products to England. While both were important, Virginia was more so. The differences in the people who immigrated to each respective location, as well as the psychological and physical contributions to British pursuits, all point to Virginia as being of paramount importance.
According to David Hackett Fischer, the primary colonists who arrived in New England were puritans, who had been dispossessed of their status in England, and fleeing first to the Netherlands, and eventually to North America, began their colonies with a contentious relationship with the crown (p. 13ff). They tended to be religious rigorists, and were distrustful of outsiders. Virginia immigrants, on the other hand, tended to be from southern England (cavaliers), bringing indentured servants with them (p. 207ff). Virginians were less legalistic, and transplanted more British social systems that did their northern neighbors. “The dependence on British agricultural servants created early class distinctions and an initial demographic profile marked by young, unmarried males. Family life was thus less structured than it was in England or New England, and cultural patterns were subject to greater change” (Mitchell, p. 404). This allowed for more flexibility in adapting to the rigors of the New World, and providing more benefit to England.
Virginia boasts the first British colony, in Jamestown. “As the first foundation and the first inventors ‘they are of more consequence’ than all that has followed, because without them nothing would have followed” (“Jamestown and Plymouth,” p. 305). In fact, it was adventurers from Virginia who stopped Spanish colonization from moving further north, while stopping French colonization from moving farther south, allowing the Puritans to occupy New England (ibid. p. 306). 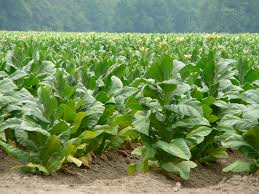 Early settlers to New England found that agriculture was not well-suited to that locale. Virginia, on the other hand, was well suited for agricultural pursuits. However, the Yankee-work ethic did allow the New Englanders to succeed. Fishing became a viable commercial interest, though not unique to them. There are plenty of fish around Britain. However, they found a lucrative commercial enterprise: the slave trade. This trade provided income that helped fuel the industrial revolution (Engerman, p. 431). As heady as that production is, much of that slave trade was directed toward Virginia and the other southern colonies. Had these locales not needed the slaves, then there would have been no buyer for New England’s wares. New England’s capital input to the Empire was designed to help Virginia succeed in producing tobacco and other crops. Had New England not been a participant in the slave trade, Virginia (and other customers) would have done business with another supplier.
Virginia was the more important of the two colonies, though both were necessary for British colonial strategy. Both allowed for English subjects to immigrate and contribute to the Empire. Virginia’s contributions were more important, simply because there were no other locations that could replace it, while there were alternatives to New England (such as the Dutch with the slave trade). It was early Virginians who “held the line” against the French and Spanish, establishing British control of North America.

Over The Wall And Far Away

Hold Off On New Year's Resolutions