For this article, I will do something that I most likely will not do again. I will link to a CNN article. There are two reasons why I will provide this link.
First, for the context. On Wednesday, January 11, President-Elect Donald Trump held a press conference. For all the policy and other content, it became known for Trump’s interaction with CNN reporter, Jim Acosta. The short version is that Acosta tried to ask a question, but was refused. Trump proclaimed that CNN was “fake news.” So how does CNN respond? They post this article. Note the title:

How did President-elect Trump handle press conference? Nailed it

That’s right. The very network that was put into its place admits that Trump was successful. Sure, they threw in a few lines about Trump being “unpresidential” or “misleading.” Regardless, they have no choice but to state the obvious: Trump did a wonderful job. 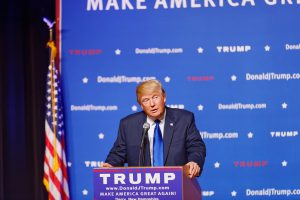 Second, the article points out that Trump does have an agenda, and he presents it compellingly. They willingly acknowledge that the public is ready for this kind of a president. The thrust of the article is that Trump is speaking to the American people in a way that has not been seen for a long time, and the people are loving it.
Mind you, this is CNN writing for the CNN audience. Neither is Trump’s base. This is the other side talking to itself and realizing that they have lost the narrative. It is as if they have gotten a glimpse of the future and realize that they are not a part of it. If CNN is to survive, it must change, and they know it. They don’t like it, and they may well not change, but if not, their end is nigh.
Another leftist news organization, CBS, also presented a look at the press conference, focusing only on the content. No leftist spin. No “Trump is a monster.” Just a look at what Trump said about various topics. When addressing the tense dialogue between Trump and Acosta, CBS made no judgments. They just reported what happened – you know, the way news organizations should. This is the network of noted leftists Cronkite and Rather. They also seem to be aware of the changing times.
Yes, my friends, Trump has changed the narrative. It is no longer going to be unfashionable to disagree with the leftists. While I am confident that these Cultural Marxists will continue to present their false agenda, and I have no illusions that they have been dissuaded from their evil goals, the reality is that there are cracks in their armor, and Trump is exploiting them.
This is a good thing. Times are changing.

The King is dead!

Worldly Business no Plea for the Neglect of Religion