Editor’s Note: George Whitefield (1714-1770) was an Anglican preacher and was a founder of Methodism and the Evangelical movement. Not only a popular preacher, he was one of the most well-known people in the Colonial period, and traveled extensively in both Great Britain and America. Below, we present his admonition to pay attention to religion, not allowing circumstances to get in the way of worship.

Matthew 8:22, “Let the dead bury their dead.”
St. Paul preaching at Athens, tells them, that as he passed by and beheld their devotions, he perceived they were in all things too superstitious. But was this apostle to rise, can come publishing the glad tidings of salvation in any of our populous cities, he would see no reason why he should charge the inhabitants with this; but rather as he passed by and observed the tenor of their life, say, I perceive in all things ye are two worldly-minded; ye are too eagerly bent on pursuing your lawful business; so eagerly, as either wholly to neglect, or at least too heedlessly to attend on the one thing needful. 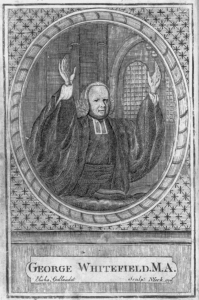 There cannot then be a greater charity shown to the Christian world, than to sound an alarm in their ears, and to warn them of the inexpressible danger, of continually grasping after the things of this life, without being equally, nay a thousand times more concerned for their well-being in a future state.
And there is still the more occasion for such an alarm, because worldly-mindedness so easily and craftily besets the hearts of men. For out of a specious pretense of serving God in laboring for the meat which perisheth, they are insensibly lulled into such a spiritual slumber, as scarce to perceive their neglect to secure that which endureth to everlasting life.
The words of the text, if not at first view, yet when examined and explained, will be found applicable to this case, as containing an admirable caution not to pursue the affairs of this world, at the expense of our happiness in the next.
They are the words of Jesus Christ himself: the occasion of their being spoken was this; As he was conversing with those that were gathered round about him, he gave one of them an immediate summons to follow him: but he, either afraid to go after such a persecuted master, or rather loving this present world, says, “Suffer me first to go home and bury my father,” or, as most explain it, let me first go and dispatch some important business I have now in hand. But Jesus said unto him, “Let the dead bury their dead;” leave worldly business to worldly men, let thy secular business be left undone, rather than thou shouldst neglect to follow me.
Whether this person did as he was commanded, I know not; but this I know, that what Christ said here is person, he has often whispered with the small still voice of his holy Spirit, and said to many here present, that rise up early and late take rest, and eat the bread of carefulness, Come draw off your affections from the things of this life; take up your cross and follow me. But they, willing to justify themselves, make answer, Lord, suffer us first to bury our fathers, or dispatch our secular affairs. I say unto all such, “Let the dead bury their dead,” let your worldly business be left undone, rather than you should neglect to follow him.
From the words thus explained, naturally arises this proposition, that no business, though ever so important, can justify a neglect of true religion.
The truth of which I shall first show, and then make an application of it. 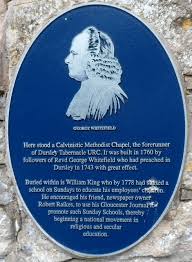