On Easter Sunday, I was scrolling through some social media when a meme caught my eye. It was one of those Zombie Jesus memes. Pretty typical of atheists. After all, the only difference between an atheist and an agnostic is that the atheist is an asshole with no social awareness.  It did not surprise me.
The thing that did surprise me was the near apathy of the self-proclaimed Christians who were commenting about the meme. There was no outrage. There was no righteous anger. These bunch of Ned Flanders were either saying that the meme wasn’t funny or they were trying to point out its inaccuracies.
And I was thinking to myself, “man, we really have had our spines ripped out by PC culture.” In fact, scratch what I said earlier.  Ned Flanders has more backbone when it comes to God than many of these guys did. 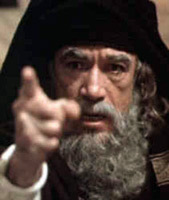 Of course, I cussed the guy out who posted the meme and got banned, which is no loss to me considering what they allowed. But it started me thinking about how anyone could be so tolerant of blasphemy. Are we really supposed to be the ever-wilting flower that just suffers through this life,  being kicked and stomped at every opportunity, just hoping to one day die, all for the glory of suffering for Christ?
The apostles certainly suffered. Jesus certainly suffered. But, did they remain silent when people spoke out against The Way or our God? No they did not. In fact, their suffering and persecution came about almost exclusively because they refused to remain silent. They refused to hide their faith.  And they did not suffer blasphemy.
Shouldn’t a good Christian be meek and humble and just try to keep the peace? Sure, absolutely.  Except for when it comes to remaining silent about our faith. Look at what Jesus said about our faith causing us conflict with the world:

More than our parents and children. Let me tell you something; if some asshole came up to my mother on her birthday (God rest her immortal soul) and called her fat or ugly, you better believe that would be the last word that he ever pronounced correctly for the rest of his life. If someone heckled my child while she was performing a difficult dance, you had better believe that they would be eating dirt. But when someone blasphemes my Lord on his holiest day, I’m supposed to just wag my finger and go, “now, now, you rascal you. That’s not very funny.”
Bullshit.
Now I’m not suggesting that we start sawing people’s heads off like the goat-fucking muzzies do, but could you show a little righteous anger please!? You may be saying to yourself, “But Donner, 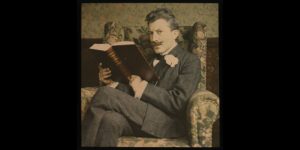 not everyone is a 6’3” gorilla like you.”  No, they aren’t. But you better believe that my 5 ft nothing step mother, who is in her 60s and probably only weighs a buck thirty, would tell such a person all about himself. You don’t need to be a gorilla to back these people down and shame them. You just need to have a little spine. You need to love your Lord more than your parents and your kids.
I don’t tolerate blasphemy. I was watching a TV show on HULU called Letterkenny. Seemed pretty funny at first. Some farm boys drinking, cutting up, and fighting. But gradually they started pushing all this social justice bullshit.  Until finally they had an Easter episode where this flaming homosexual decided to play Jesus in a passion play around town and turned the whole thing into some homoerotic masochism thing. Haven’t watched an episode since. There is more than enough cheap entertainment out there to occupy my spare time, and if it all turns to shit, which it rapidly is, there are lots and lots of old books that are far better than any TV show or movie could ever be.