While China seems to get all the headlines, it is important to keep in mind that they are not the only culture with a low trust environment. Many view the open market of the internet as an opportunity for “Buyer Beware” business taken to an extreme.

Peter Navarro, assistant to the president for manufacturing and trade policy and director of the Office of Trade and Manufacturing Policy, wrote an opinion piece for Fox News posted on Nov 24, 2019.
Navarro & Amin: Trump Administration Protects Consumers by Keeping Dangerous Counterfeit Goods Out of US 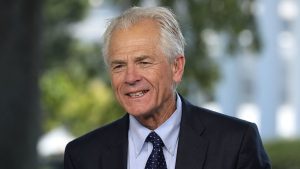 In the article, Navarro points out that Trump signed a Memorandum on Combating Trafficking in Counterfeit and Pirated Goods back in April of this year. Operation Mega Flex was born from this Memo and US Customs and Border Protection began inspecting thousands of additional packages from countries like Cambodia, China and Singapore. All these countries are considered a high risk for counterfeiting. Items given as examples from the article include, fake Rolex Watches, lead-laced toys and my personal favorite, phony “goose down” duvets stuffed with duck feathers.

From the article, “During an operation, CBP officers seized counterfeit Rolex watches valued at over $1.4 million.  Over the course of four Mega Flex operations between July 16 and Oct. 23, CBP discovered more than a 1,000 parcels containing counterfeit goods, more than 170 parcels containing illicit drugs (including deadly fentanyl or its opioid analogs), three pill presses used to process illicit drugs, and 13 separate parcels with illegal gun-modification parts.
Besides deadly fentanyl, controlled or prohibited substances seized included drugs like LSD, cocaine, DMT, ecstasy, marijuana, psilocybin mushrooms, and poppy pods – as well as steroids and highly addictive painkillers like Tramadol.
In total, an astonishing 14% of the parcels inspected violated one or more U.S. laws or regulations.”

In the John Wayne movie, The Comancheros, one character, Paul Regret, attempts to bribe Jake Cutter, the character played by John Wayne, to allow him to slip away. Jake Cutter refuses, explaining that he took an oath. Paul Regret insists that an oath is just words! Cutter responds, “Words are what men live by.” Low trust societies are best exemplified by Paul Regret. Words are just that, and a contract is just a starting point for negotiation. What difference does it make if your pillow is not filled with goose feathers? It is filled with feathers, isn’t it. And who would begrudge a manufacturer for switching out the two different kinds of feathers?

Unfortunately, more that just the culture of changing the terms of the deal is at play when we purchase goods from other countries. The standards we have for many things is quite different in first world countries. For example, “Between 2017 and 2018, CBP seized over $31 million in fake perfumes from China. In April 2018, the Los Angeles Police Department seized $700,000 in fake cosmetics found to contain both bacteria and human waste.” It is not at all uncommon to find workers in China spitting on the manufacturing floor. Yes, even in processes where they are making soaps or other personal care items. In Western Civilization, we have standards for cleanliness that have developed over more than a century of understanding how bacteria, microorganisms and yes, human waste contribute to the spread of disease. The Chinese, in particular, believe that they have a stronger constitution than Westerners. They believe that these kinds of concerns are not needed in China. The Chinaman is not susceptible to the same kinds of things that Westerners are.

Peter Navarro closes his opinion piece with this, “In the meantime, online buyers should beware of counterfeits, buy online directly from trusted brand websites rather than e-commerce platforms and third-party marketplaces, and shop only from reputable sources.” This is very good advice. There are many out there who would be more than happy to send you a Folex Watch, or a Lewis Vuitton handbag. Buyer Beware is not just a catch phrase in today’s market, it is Just Good Business.

Why We Are Losing & How We Can Win