I was a libertarian (small L, I’ve never been a Libertarian Party member) before I even knew what the word meant. Now I call myself a full-fledged adherent of the Alt-Right, or even Hard-Right if you prefer. If you don’t know what these terms mean, read here, and here.
After leaving the military in the late 80’s, I became friends with a pastor who was delving into church and state issues. Before that, I wasn’t so much apolitical as just simply ignorant; I had never stopped to consider it before. What I discovered got my blood boiling; I had been lied to for a long time, so I started reading the Constitution and law and Supreme Court decisions on a variety of subjects. I spent many hours in the library; my journey to libertarian Utopia had begun.

Shortly thereafter, I started reading the syndicated columns of Thomas Sowell and Walter Williams (They remain heroes of mine to this day). Economics was a different subject, right? Wrong. It’s all politics, it’s all economics; those subjects are not severable. What did that have to do with church and state? Everything. The blinders came off and I was forced to see government for what it really is: A devouring devil with a fixation on command and control of those it is supposed to serve. My position has not changed on this. I had become a rabid libertarian. I was so committed to this viewpoint that some of my devout Republican friends got tired of my diatribes against the GOP for being big government. They refused to see it. I am also anti-war with respect to self-defense and imminent threats (this becomes important later). The Neocons didn’t like that too much.
Years later, I held both parties in complete contempt. I think I might have voted for Ross Perot in 1992, though I can’t recall for sure if I even voted at all. I skipped the next few elections until 2000 when I voted for George W. Bush. I backed Ron Paul in 2008 and 2012 but didn’t actually vote in either election. After Ron Paul was abused by the GOP, I had resigned myself to not participating in the political process ever again because it seemed so hopelessly corrupt. I was rather surprised then, to find myself cheering the the nomination of a wealthy New York liberal running as a Republican. By election day, many of my friends and I were convinced the polls were not reflecting reality, but attempting to distort it. We partied that night while we watched the election returns come in; we were already confident of the outcome. I can say with certainty that it was the first Presidential election that I ever actually enjoyed. Watching Hillary go down in flames and leaving John Podesta to clean up the mess was satisfying in a way that I don’t have space here to describe. Hillary’s loss was probably more important than Trump’s victory. I just don’t think she would have lost to any other GOP candidate fielded that year. The salty tears, the monumental butt-hurt from the left, and the wailing from Republican cucks continues to give me hope that we can stave off destruction for at least a few more years.
As a libertarian, I saw the stupidity of open borders fairly early: Mass migration leads to a loss of liberty for us since these people would simply vote to steal our liberty in succeeding generations, as history has demonstrated. I have always been anti-abortion as well because I see the unborn as human beings deserving of the right to life that the rest of us have. As to economics, I am of the Austrian bent and have spent countless hours reading Mises.org, Ron Paul, Tom Woods, the aforementioned Sowell and Williams, along with many others. I was a libertarian through and through. In truth, I would describe myself more as a realistic anarchist, meaning that government is not desirable but it is inevitable and we’d best keep it as contained as possible while always understanding that it will eventually break free and become a leviathan. For the most part though, I just used the term libertarian since most people understood it well enough.
Somewhere between 2005 and 2008, the Utopian bubble of libertarianism was getting stifling. The culture war was intensifying. The left was gaining ground and eroding my culture and traditional values at an unprecedented rate. I was beginning to see the exceptions to libertarian principles but I wasn’t willing to compromise those principles for the sake of preservation. That would take a little more time. Eventually, I started speaking out unapologetically about all manner of cultural degradation as well as trying to reform the national sense of shame for bad values. 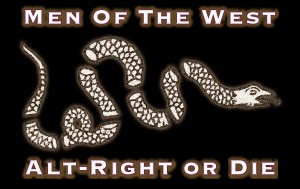 What really took me off the Utopian path was GamerGate in late 2014. It was during that time the term Social Justice Warrior (SJW) came into popular use as a term to describe the shrieking leftists that would swarm and attempt to destroy people’s reputations and careers simply because they would not submit to their narrative of the day. I could not stand for this sort of injustice. My tolerance levels dropped precipitously at this point. GamerGate was the larval stage of the Alt-Right.
Earlier I mentioned being anti-war. Many nations have been brought low without a battle. They have been infiltrated and subsumed into the populations that overtook them without (much) blood being shed. Here at Men of the West, we are dedicated to preserving the values and culture that made this country the greatest nation on earth. If we don’t actively fight for it, it will be lost. This is where the imminent threat comes in. We are under threat. We are at war. If we do not take the offensive in this culture war, we will be lost. Islamic immigration will go up, along with immigration from socialist and communist nations. We’ll lose what gun rights we have, we will see even greater restrictions on freedom of speech and conduct than ever before. This is a war and I’m not unwilling to use the tactics of my adversaries against them. Bush and Obama in particular abused executive orders; I’m not opposed to Trump doing the same so long as it helps turn the tide.
No, I don’t want deeper government involvement in my life. I don’t want more taxes, programs, departments, agencies or powers for the government. But I do want greater immigration restrictions, and I want our normally gutless Republicans to roll back government and undo the damage done by eight years of Obama. I’d like to roll government back about 50 years. Things were bad enough by the time W. left office, but even those seem like glory days now. I want to see Trump defy obviously unconstitutional court orders, and keep doing so many outrageous things that the left can’t keep up with them all. I’m willing to see Trump abuse his Executive Order power just as the last several administrations have done in order to help turn the tide. I want to see more Alt-Right, more nationalism, more reclamation of traditional morals and values, as well as more personal responsibility. I want to see more intolerance of the things that got us in to this mess, more intolerance of cultural depravity and more intolerance of those things and people that would have us rounded up in order to see their “progressive” Utopia implemented. I frequently get called a bigot. I don’t care. Why should I be tolerant of the opinions of people that want to destroy the way of life that I cherish? 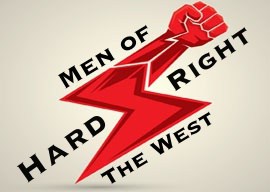