Back in February, I wrote an article that talked about getting off the keyboard and into the real world. While some folks did not care for the title, the content was fairly well received. The point was that it is easy to comment on blogs, read articles and whine, and generally lament the sorry condition  of Western Culture. Those are all first steps, but we we need to actually do something. 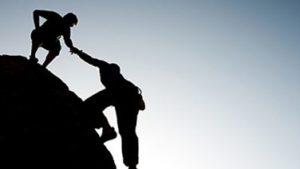 Since then, in various conversations in the comments on multiple posts, folks have asked things like “yeah, fine, but what are some tangible things I can do right now? I don’t have much time, since I have to work two jobs to pay the bills, and we just barely get by. I cannot drive to demonstrations:….and so on. And you know what? Those are good questions, and not unreasonable.
Most of us do not have enough extra money to start new businesses or give large amounts of funds to those who do. But there are still some really good options for being involved. Some require a little money. Some require none.
So what can you do?

So many of these things involve little to no money. They do often take some time, at least up front. But if you can’t carve out time for those things that can help save the West, then you not really a man of the West. You are just a whiner.
Now, that does not mean that these are the only things you can do. There are probably local businesses and personalities that you can support. You can also engage in conversation with your elected officials. You can encourage others to do the same. Honestly, I am not sure of the usefulness of a single letter to your congressman, but if enough people send a message, those congresscritters tend to get the message. If nothing else, you can find out where they stand. If needed (and it usually is), you can help defeat them at the ballot box. If 2016 showed us anything, it showed us that Washington has not yet gained control of the ballot box. The people still have some say, which is why Trump is in the White House and not Hillary.
These are all things you can do. Get up, get busy, and let’s reclaim what is ours.

Hymn: There Is Power In The Blood