I admit that my first impulse, upon reading the title I have given this piece, is to yell, “NOTHING!”
But really, just as really good people often have a blind spot, or some area where they fail, so bad people tend to have something good to 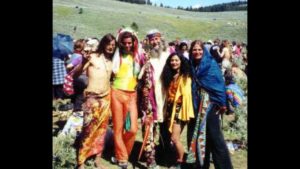 offer. With that in mind, I would like to ponder the possibility that the dirty hippies might have provided something – anything – of value to the West.
Now, before I get into that, let me point out that in my family, calling someone a “hippie” is a grave insult, and only used in two situations:

1. We are just making a flippant joke, but pointing out the idiocy of a comment or action undertaken by a family member. In this situation, we realize the person is not actually a hippie, but rather has said something or done something dumb enough to be equated with that loathsome group.

2. So far, to my knowledge, the second situation has never been applied to any member of my family, but it is used when speaking about others who are in fact hippies. When this is pointed out, we tend to be shaking our heads, both in disbelief that someone would actually do “hippie” things, and in disgust that such a person exists.

So it is no easy task for me to search for something of value that might come from hippies. They are dirty, nasty, and downright disgusting.
In fact, the only real benefit, or beneficial characteristic, that I can see coming from hippies is simply that they are persistent. Now, this can be applied in various ways and situations, but any valuable commodity that I can figure out deriving from hippies is based upon persistence.
Here are a couple of examples: 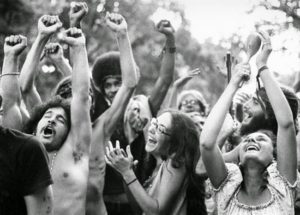 Understand, the hippies did not change the world overnight. It was a multi-generational effort that has taken decades. Hippies are persistent and flexible. They take what they can get and then continue to push for more.
So while I despise hippies and all they stand for, I cannot help but admire their tenacity. While I am convinced that their very direction is Godless and counter-productive, I must admit that their strategy works. As such, I can reply with an affirmative to the question – yes, we can learn from the hippies. We can learn to be persistent and tenacious, and beat them with their own strategies.

Reminiscences of the Anglo-Boer War (Part 1)