Evil men have plotted and schemed for decades to have the control they do over our government. Given that fact, I think we should first acknowledge as almost a miracle that someone like Trump could have won the election. Almost as soon as the electrons were dry on his victory last Tuesday, the pundits roared back to life. A tidal wave of opinion assaults us, telling us why he won, why he shouldn’t have, when the writer will commit suicide, et cetera. Another wave of opinion is rushing towards us now, telling us what each transition and cabinet pick means, and whether Trump is now a tool of the globalists, or whether he soon will be.
Gary North has written such an article, declaring that unless Trump picks people such as Codevilla, Edmonds or Roberts, he will have demonstrated himself to be a tool of the New World Order. Is this true? North continues:
“Here is the problem that Trump now faces. He doesn’t know anything about the federal government. He really doesn’t. He doesn’t know who’s on first. He doesn’t know the good guys from the bad guys. He is surrounded by people like Newt Gingrich (CFR) and Rudy Giuliani. We already know where this is headed.”
I realize he must be writing this from decades of well earned skepticism and valid cynicism. I know what he is thinking; I’ve lived with the knowledge of the New World Order, the CFR/TC, countless betrayals, and treason my entire life. Will we ever win? Are we destined to watch as we are handed defeat after defeat? Is this hopeless? I think it is easy to look at the world from that perspective, but I am here to tell you that we will win. The men we fight are just men. Men with names and addresses. They are just men, bereft of super powers. The Lord will have the victory, this I guarantee. We are to fight the battles; God will win the war.


I disagree with Gary on several points, though. First, do we know that Trump doesn’t know anything about the federal government? Billionaires know about the government. How can they not? It’s difficult to impossible for people with billions of dollars to not know anything about the federal government. The business Trump is an expert in is intertwined with the government. Real estate, taxes and construction have government agents crawling all over it. Trump knows the tax code inside and out. This we know.
We know that billionaires the world over work for the good of globalism. Has Trump ever been made an offer he couldn’t refuse? Why would they leave him alone, out of all the billionaires in the world? Soros, Gates, Rockefeller, Rothschild, all globalists. All billionaires. All evil. I’m sure Trump has had visitors on several occasions. A man like Trump would be dangerous if left outside of their control. I am quite sure Trump knows more about the government than you or I will ever want to know. I think it would be incredibly naive to assume otherwise.
How do we know Trump doesn’t know the good guys from the bad guys? I do, and I am 30 years younger. I don’t have access to the information Trump does. He’s been waiting, watching, for 30 years. Why did he push the birth certificate issue? Why is he so opposed to the trade deals so favored by the globalists? He has been rubbing elbows with the Clintons for years. How do we know the extent of his elbow rubbings? It seems to me that the almost instantaneous vitriol and hatred towards Trump from people he has traveled with for years indicates a betrayal. A betrayal and a knowledge that if Trump wins, which he now has, his former social circles might find themselves in some hot water. What has he heard? What has someone told him in confidence?
The cabinet picks we have seen…or have we? It appears that every piece of news we have seen regarding Trump’s pick for this or that cabinet post is mere conjecture. Trump is intentionally vague about several issues; who he will pick for a position is one of those issues. He answers very noncommittally, mainly to satisfy the curiosity of the person asking. That vague answer is stretched to the breaking point by people on both sides. The only people we know about now are members of his transition team. For every Giuliani there is a Myron Ebell. You don’t know who Myron Ebell is? Mr. Ebell is the director of the Center for Energy and Environment at the Competitive Enterprise Institute. He is also a climate criminal, according to Greenpeace. Perhaps this is why Wall Street is rejoicing.
We know Giuliani, Gingrich, Mnuchin and others are bad news. Mnuchin is a former Goldman Sachs executive. Anyone who has worked for Goldman Sachs should be black bagged and tried for treason in a federal court. Yes, Mrs. Cruz, that includes you. (And Steve Bannon, we have our eyes on you, too. The Goldman Sachs stain does not wash off easily). Why has he picked them? I think we can all agree that no one knows what’s going on in Trump’s head except for Donald Trump. If he selected the dream cabinet we all drool over, how long would the God Emperor live? Palace intrigues can be pretty nasty.

Does he feel a mix of insiders and true patriots will insulate him from immediate action? Remember friends, the best hit team in history, the Clinton team, is still out there. Is he playing by the rules of the Godfather? Keep your friends close, and your enemies closer? We know nothing. All we can do is examine the evidence and guess. I share Mr. North’s assessment that Trump is for real. If he was not genuine, if he was a tool of the globalists, why would he rip open the fault lines of nationalism and patriotism that are surging across the western world? Why would he unleash these powerful forces that could overwhelm him and his supposed globalist masters?
We would do well to keep in mind that even if North is right, and Trump acquiesces to the desires of the insiders in his cabinet, he is one man. One man can be coopted and subverted. One man can be assassinated. 100 million men can not be assassinated. Did you think it was time to go back to sleep? Did you think we won? We have won a battle, yes. A mighty blow has been struck for freedom, but the war is not over. The fight is not over, by any means. One reason is Trump will need your help, to hold the feet of an untrustworthy and craven Congress to the fire. He will need your help to oppose the protestors that are smashing windows, vandalizing cars and beating people. He won with your help; he still needs you in the fight.
What you also need to keep in mind is what Scott Adams calls “The Master Persuader” aspect of Trump. How often during the campaign did he outthink, outmaneuver, and outflank his opponents? The mastery he exhibited over the feckless and cultish press will be examined for decades to come. Is he now suddenly rendered dumb or naïve when it comes to the government? Is he a babe in the woods? I think you will be surprised. He has already demonstrated the new way things are with his shuffling of Christie out of the transition team lead. His appointment of Ebell to the EPA transition team is another demonstration of his style. There is no way a climate heathen such as Ebell would be allowed within 100 miles of the EPA under a Clinton, Obama or Bush transition team.
No, there is no way for us at our level to know what is going on inside the White House, inside Trump’s head, or what role he is to play in American history. We know what we can see with our own eyes. I do not believe this has happened randomly, or by accident. I believe we have been given a dose of providence. Will we waste it, or make good use of it? If you are not anti-fragile, get there. If you are unlearned, learn. If you are a disgusting food blister, miracle your ass into the gym and away from the doughnuts. If you are a man, but as worthless as tits on a boar, you have work to do.
Stay frosty, gents.
Share this 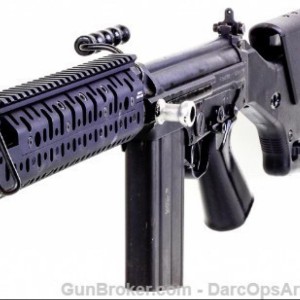 Let's Invite the Afrikaners Over – part 1