I have been pretty busy. It’s deer season. November is my month to do the things I  like to do. I’m busy hunting deer or waterfowl and trying to get the last bit of work done before winter really sets in. So, while I have heard some of the news lately, I haven’t had time to write about this rash of sexual assaults, or think about what it means.
I’m sure we’ve got plenty of these people on the right side of the aisle, and if so, we should get rid of them too. For what it’s worth, I don’t think Roy Moore did what he’s accused of, although in my busy state, I haven’t researched it fully. I’m not going to call on him to drop out of the race until I know for sure he’s guilty. It’s Alabama’s business, and all the virtue signalling RINO’s would do well to remember that. 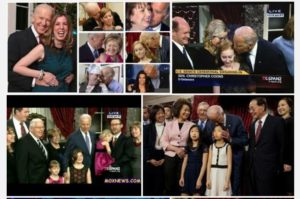 But seriously, what the hell is going on? Four thousand women have appeared out of nowhere to accuse various leftists and media people with sexual assault. Forgive my exaggerations. CBS News just fired Charlie Rose. Suddenly being a pervert isn’t cool anymore. Remember “It’s just sex”?
We have Athony Weiner, Senator Robert Menedez, Seattle Mayor Ed Murray, Joe Biden, Al Franken, and, to top it all off, the original Slick Willy himself has four new accusers.
Add this to the Hollywood leftists like Charlie Sheen, Kevin Spacey, Harvey Weinstein, etc.
I’m sure I’m forgetting someone. I really can’t keep up with it all right now.
So let’s throw in John Conyers for good measure.
So the question bubbling inside my head is, “Why now?” Was there a secret memo that’s it’s finally OK for women to accuse those on the left? We have those champions for women on the left, like Hillary Clinton or Ted Kennedy don’t you know. Hillary offered to hire private detectives to dig up dirt on the women accusing Bill. She apparently didn’t get the new memo.
Is it the case that women are finally finding strength in numbers? They sure have the numbers here. Maybe this was all started by the #MeToo twitter campaign. In the past, women were either afraid to come forward, or they were allowing themselves to be taken advantage of in favor of their political agenda or careers. I’m not sure what has changed in either of those situations to encourage women to come forward now. Maybe the spineless wimps on the left are uninspiring and they are flocking to the Alpha Male in the White House. Don’t ask me.
I’ll bet the Democrats are wishing the sex assault jack would go back in the box. It certainly was a grenade that went off in their hand.

The Patriots of the Tyrol

To Hell With Black Friday