Editor’s Note: Our old buddy, The Starving Artist, shares another article with us. You can read his earlier work here.
Over my 20 years as an engineer, I have learned a lot of good lessons, some of them from instruction, and some through experience.  One lesson that stands out is when I learned that commonly accepted ideas can be counter intuitive to the actual truth.  That particular lesson is that free trade is in practice extremely expensive, and people will take advantage of you when you pretend that it’s not.
From 2005 to 2012, I worked as a senior design engineer in a large multinational company with American roots.  Somewhere in the early 2000s, someone way up the food chain decided that we needed to sell more land based gas turbines, which was one of our core specialties.  To that end, we got into the alternative energy business, specifically gasification. 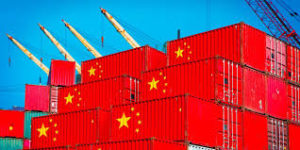 Gasification is an interesting and actually fairly old concept.  The process takes almost any form of carbon, combines it with oxygen plus water then produces CO, hydrogen, elemental sulfur, and some light end hydrocarbons.  This mix is called syngas and can be used as a replacement for natural gas, and it is also valued as a precursor chemical for other products.
At that time, the gasification business was lucrative.  Customers would pay to license proprietary processes, pay us to provide the key components at the heart of the process, pay for the replacement hardware as it wore out, and pay for the technical expertise to trouble shoot problems & oversee work on the system.  Natural gas prices were skyrocketing, and the future of our business seemed to be one of near permanent growth.
Like many multinationals at that time, China was looked at as this vast untouched market with abounding opportunities.  China was also keenly interested in gasification technology, namely because they had abundant stocks of coal, and very little domestically produced natural gas.  In many ways, this seemed to be a perfect fit for our technology and company.  We sell the license, the equipment, the services, and on the back end our sister businesses sell turbines.  China alone had nearly tripled the amount of plants we had designed in the space of just a few years.
The additional sales also came with some challenges.  The first issue to crop its head up was getting our equipment through Chinese Customs (GACC).  GACC was notoriously unreliable.  As a matter of fact, the only thing you could rely on was that it was unreliable.  We were shipping nearly identical equipment to GACC on a regular basis, and sometimes it would take 3 days for the equipment to clear, other times three weeks, and in some circumstances it would take 3 months.
Trying to determine when a key piece of equipment would clear GACC had our schedulers in fits.  In addition to the problems it would cause the schedulers was the monetary impact it would have on the contract.  All of the licenses had LD’s attached to the delivery of the key equipment, and on several occasions we ended up losing more in LD’s then we had made in the sale of the equipment itself.
Along the way, we had a second, more serious problem begin to occur.  We were finding companies that had taken components, reverse engineered them, and were selling replacements & repairs directly to the plants that we had sold the license to.  This was high margin equipment that was a very significant part of our bottom line. Having the rug pulled out from underneath us by in-country suppliers was having an impact.  We brought this issue to the Chinese courts, but correction to the problem was difficult to obtain.  We found out the hard way that if you didn’t have a physical presence in China, your grievance would be placed in the equivalent of “A Slow Boat to China”.  Adding further insult onto injury, several of the state run universities were now licensing gasification process that used remarkably similar methods to our own.
Last but not least, we were getting pushed hard for “domestic content”.  Many of the potential Chinese purchasers did not simply ask, but demanded that the primary components be produced in China.  They also wanted the service & repairs to be done by Chinese nationals.  Whereas most of corporate America thinks that keeping your fellow countrymen employed is an outdated if not backwards notion, the Chinese are dead serious about the concept.  The 11th Beijing Institute, one of the state-run universities previously mentioned, had recently beat us out in several bids because we could not comply with the domestic content requirements.
These factors, plus the sizeable VAT that China places on incoming goods, had pushed us into a difficult spot.  China represented the greatest chance to increase the sale of our technology, but was also turning into a regular monster that kept requiring more and more from us.  In response, our leadership team turned to what it thought was the right answer:  We needed a physical presence in country, we needed to transfer our repair and service knowledge in country, and we need to shift manufacturing in country to China.
Thus in fall of 2010, I was asked to spend the next 6 months in China, building a team that would accomplish these three primary objectives.  To accomplish this effort, we partnered with a Chinese Aerospace company that had the majority of the equipment we required, and would put a Chinese face on our business.
After 6 months, I and the rest of the team had accomplished what we had been instructed to do.  We had a physical location that was now our center for manufacturing our core components.  Our Chinese counterparts had now been trained in repair and refurbishment.  We had a supply chain established to ensure a ready supply of raw material. Our efforts paid off.  Issues with the GACC no longer occurred.  We could negotiate on equal terms with the alternative in-country gasification suppliers, as our lack of domestic content was no longer an issue.  Strangely enough (or perhaps not), the Chinese Courts had whacked a couple of the companies that were producing knock-off replacements.
Meanwhile, this had an impact stateside.  Our efforts to turn China into a manufacturing center and repair center only for China, had 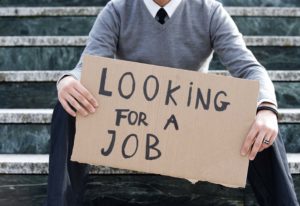 somehow morphed into all manufacturing and repair going to China.  This caused roughly 30 plus million dollars in labor & material to be pulled from 2 stateside businesses, and dropped it squarely in Shenyang, China.  All the machining, welding, assembly, inspection, sourcing of materials, right on down the line to 3rd party vendors was gone in a matter of months.
At this point, I had learned a very pointed lesson about the whole premise of “free trade”.  So many times, I have heard the argument that American labor needs to be more competitive, that they are lazy, and nobody is entitled to a job.  But here were two companies that I had partnered with on a regular basis, produced excellent quality products, and were always willing to work with me to solve design and manufacturing issues.  Both groups were using state of the art equipment, employing some of the most proficient machinist, fabricators, and assemblers I had the pleasure of working with, and they just got a raw deal.
Neither of these companies caused the problems with the GACC holding up our shipments.  Nor did they take our intellectual property and make knock off components.  Neither of them did repair work without our consent.  They certainly didn’t have a hand in forcing the contracts to have material made in China, and repaired by Chinese. With a specialty in fabrication, they certainly didn’t have the capacity to take our process technology, replicate the process, and then sell it as their own.
Thus, on one side of the equation, you had a nation keen on acquiring this technology and employing its own people; on the other side, you had a large multinational corporation looking to make a profit, and somewhere lost in the mix was two American fabricators that nobody was willing to protect.  The concept of free trade to me was shown to be a complete and utter lie, because as the Chinese had demonstrated, they were only interested in it to further their goals.
Roughly two years later, after I had completed my establishment of manufacturing and repair facilities in China, we finished the last of a series of 4 layoffs.  A staff of 300+ got chopped down to 28* in our pursuit of free trade with the Chinese, because the one problem that we never solved was the 11th Beijing Institute.  They proceeded to price us out of selling licenses and all the equipment that went with it, and looking back on the whole affair, I am fairly certain that was the plan from the outset.
*I left shortly after, making it 27.