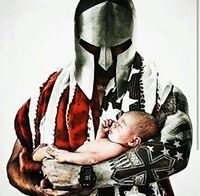 Cardio sucks. Only women and homos enjoy cardio. So why drag it out? Why put yourself through 30+ minutes of repetitive mind numbing work, that does more to wear out the cartilage in your knees than anything else? Because there is a better way to do cardio that puts less wear on your joints and has more benefit for your cardiovascular system and weight loss goals. Sprints.
Think back to highschool sports. Who were the most jacked guys? The point gaurds, the running backs? You probably wrote it off as genetics. Endomorph vs ectomorph. But the truth is it probably had a lot more to do with the nature of their activity than genetics. Remember, ectomorphs are skeletal. But sprinters are muscular, because sprints condition your body to store energy in your muscles for explosive energy rather than fat. And you’re getting excellent cardio work and fat burning.  There’s some sciency bullshit I could pull out, but you won’t understand it, so it does you no good. So let’s just compare distance runners to sprinters.
In 490 BC it is said that a Greek runner named Phillippides ran 26.2 miles to declare victory at Athens for the battle of Marathon, and then promptly fucking died. And now millions of retards run marathon races in honor of this myth. Yay for not dying guys. On the other hand, explosive running is what lions do. And tigers. And bears. And Michael Jordan. So just ask yourself, do you want to be like a lion or a dead guy? (Hint: this article is called Beast Life). Let’s face it, unless you’re Rooster Cogburn trying to save a girl’s life, there’s no reason to 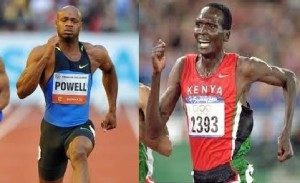 ever run 10 miles that can’t better be served by walking or driving. But there are plenty of times where explosive speed can be useful, including self defense.
Find any patch of level open space about 100 yards long. You can go on a residential road or a field. They key is to not risk being run over or tripping over rocks or potholes. Take a solid 10 minutes to stretch. Don’t rush it. Get good deep stretches on all your leg shit, and even your back, abs, and shoulders. Pick a starting point and get ready. I like to get down into a three point stance. You don’t have to, but it helps with the mental side of the explosion. Now explode. You may want a partner to prompt you. Or music. Something to give you a hard start point. But lurch forward and pump your arms and legs as fast as you can, willing yourself to 100% effort. Not 90%. Not 95%. But maximum effort. You or your partner count off 15 Mississippis. You may not make it, but that’s your goal. Walk back and get ready for the next. Repeat for 20 total sprints. If you get to 20 sprints of full 15 Mississippi effort you can up the Mississippis or add more sprints. Or both. Make sure to spend another 10 minutes stretching afterwards.

The Grapevine in Winter