See Part 0 here.
With the exception of conquest and other foreign pressures, no civic order of sound fiscal foundation has ever eroded into oblivion. A sound economic system is integral to the life and longevity of a civilization. This is not news. While a diminishing economic system will not necessarily be THE cause of civic degradation, it often contributes to it in the same way that a sound economy does a lot of the heavy lifting toward staving off such a decline.
The danger comes, though, when “wealth” is conflated with “sound economic system.” The two are not synonymous, and in most cases not even tangentially related, except on paper. Wealth is the accumulation of commodity; an economic system is the mechanism where values are exchanged. While it’s true one cannot have a sound economic system without wealth, it’s not an aggregate necessity. The most wealth does not lead to the most sound economic system.
It never has, and it never will.
Yet the inverse is not true. A sound economic system is completely scalable. The sound economic system is as effective with the arbitration of $20 as it is with $20 trillion. It will handle the most minuscule commodity as deftly as it will the collected wealth of the known world.
So, what is a sound economic system?
That is a great question, and I wish I had an answer for you.
To date, no such system has ever existed long enough to properly play out. The one certainty, though, is that our system is sound in reputation only, and the sun is quickly setting on that notion. Rather than go into a long treatise on comparing all of the ways that our intentionally broken system has failed us, or discussing any of the theoretical systems that may have “saved” us, I’m simply going to detail a few of the glaring failings that relate to our decline.
When self-professed experts who get paid to go on TV and say things like “when you adjust for inflation, the inflation numbers aren’t so bad,” you get plenty of assertions that too much money, too little money, or a dramatically uneven distribution of money within an economic system will precipitate its demise. But this is just the symptom of a fundamental flaw. The most prominent contributor to the failure of our economic system is fractional reserve banking. 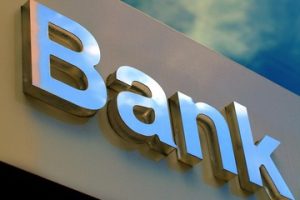 The idea is simple to describe. You go into a bank and deposit $10 into your account. Due to the contractual nature of your relationship with the bank, your $10 deposit doesn’t just sit there in the vault, waiting for you to return. There are expenses for housing that money and administering the account’s ledger. So the bank takes $1 of your deposit and sets it aside to keep. It then lends out the remaining $9 to anyone looking to borrow. While only holding one real dollar, the bank’s ledger still notes 10, nine of which are out on loan, collecting interest.
Sweet gig, right?
Soon, those nine other dollars find their way into deposit accounts at other banks, who then do the exact same thing – keep a fraction, lend the rest, so on and so on, racing Zeno and his paradox all the way to the bottom. Not only do the banks slice up the original money for new lending, they also slice up the interest brought in on the loans.
In this example, hundreds of dollars are divined out of vapor; spent, saved, invested and reinvested as though it were real, providing the illusion of wealth because everyone has more than what they started with, on paper. Remember, there are only 10 actual, tangible dollars in existence at every single point in this example, which might not be a problem if the world confined itself to the abstract. But in the concrete world of gravity, dust mites and phlebitis, debtors miss payments and depositors want their money.
Poof.
Even when this system has every actor working with the best of intentions, it’s a needlessly fragile artifice waiting for a stiff breeze to knock it down. Imagine the calamity that could arise with the introduction of an actor with less than pure intentions.
Which brings us to the next problem.
In any other arena, at any other point in history, the bad actors I’m about to describe were properly referred to as “pirates” or “highwaymen,” absconding with wealth that they neither created nor were owed. Their raison d’etre revolved around handling wealth in the gray area between any two parties with legitimate claim, where possession was the majority of the only law that mattered. Today, within our economic system, these actors are seen as the arbiters of industry and finance. I of course refer to bankers, the kindly middlemen that look to take a piece of the action of every possible transaction.
I’m not talking about the tellers or the low-tier managers at your local branch. Those are folks who have it just as bad as everyone else you know. The bankers I refer to are the ones who sit on Trustee Boards in Executive Suites, who use the wiggle room provided by fractional reserve banking, favorable government protections, and the twin definitions of money as 1) money and 2) anything else bankers say is money, to cook their books just to the edge of 451F and parlay the fruits of their vapor– phantom deposits and the interest derived – to gamble on the successes and failures of just about everything that walks or crawls under the pull of fiscal gravity.
As a class, the bankers have established elaborate casinos, for lack of a better term, that let all comers place wagers on the action, knowing that in the aggregate, the sum total bet by the laymen will both 1) drive the overall value of objects bet upon upwards while 2) introducing just enough uncertainty into the system to keep the suckers at the table long enough for the bankers to exit stage right.
And where are these casinos? 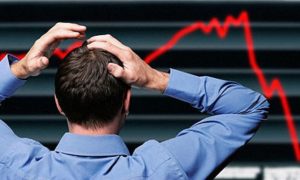 The biggest one is on Wall Street. What began as a quaint exchange for entrepreneurs to meet up with the capital of interested speculative investors, the contemporary stock market now wears many hats, unfortunately legitimate capital investment is no longer among them. While companies still “go public” and sell shares of “ownership” in a pseudo-auction house, the bankers stand between the investor and the invested, taking a cut from each side as the money passes through – and this is sadly the most honest and above-board activity taking place in the entire system. In addition to taking their slices as middlemen, they then set up fun and innovative ways to allow others to bet on the successes and failures of that company’s share price, even to the point where automated software attempts to “short” the share price a fraction of a second faster than other sets of automated software.
So what else is wrong with the stock market, aside from the fact that it, like just about everything else in American life, is run by bankers? The fact that the self-professed experts use the vacillations of the stock market as the de facto vane for determining which way the economic winds blow has done far more damage to our economic system than every single Black Doomsday could ever hope to, combined. MARKET UP=GOOD/MARKET DOWN=BAD not only provides a grossly erroneous framework from which to analyze an economic system, it perverts all other economic activity. If our economic system had 100 parts, 99 and half of them have no relation to the machinations of the stock market, yet its wheelings and dealings – along with the ceaseless commentary that drives about as much as it follows – dominate everything else.
How?
The specter of confidence permeates every facet of a consumer, spending driven economy. Easily identifiable metrics such as MARKET UP! generates transactions, which allows for more deposits, which allows for more Bank of Zeno vapor lending, which leads to interest, which leads to more vapor lending, which flows into the stock market one way or another, which drives more transactions, and so on.
So the fashionable theory holds, anyway.
The biggest failing of this arrangement is, try as the bankers may, only a fraction of the sum total of economic activity runs through the market at any point. It is attempting to engender an atmosphere of PLUS or MINUS confidence in those whose confidence rightly has no influence.
It’s a sham.
A Pig in a Poke.
Door Number 3, Monty.
The erosion of wealth is the suppression of prosperity, and when your enemies are concerned to a pathological degree with bromide phrases like “the means of production” and “do you want fries with that”, the motive is clear.
We were robbed by fiat.

Men of the West Mugs