It’s been nearly a year since I punched a commie and stole their pizza. This coming May 1st is “International Worker’s Day” or Commie Labor Day as I prefer to call it. Men of the West along with 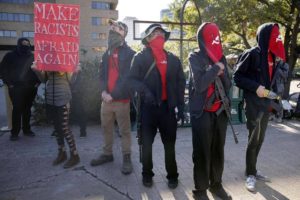 Open Carry Texas and other groups will be on hand to make sure that Red Guards Austin, Revolutionary Student Alliance, and associated Antifa groups (all Communists) don’t destroy property and hurt innocent people. They’ve played it close to the vest this year, and they haven’t announced anything ahead of time, but that doesn’t mean we’re not going to be there; this is their biggest holiday. Last year, they admitted to being utterly defeated. Well, they can expect more of the same this year, as I have word from an inside source that says they’ll be out there even though they’ve been playing it close to the vest and not releasing information publicly.
Join us on on May 1st. You can open carry, concealed carry, or not carry at all, your choice. Your participation is vital. We’re going to be meeting downtown. The exactly location and time are yet to be determined, but probably somewhere close to 5 PM. We have to be flexible about where we meet and where we end up because they’ll do their best to keep us off balance. I suggest that you come in pairs at least; a larger group is better. We’re open about what we’re doing but beware of infiltrators that try to get information from you. Unless they’re known friendlies, be polite but cautious. Wear comfortable clothes, good shoes, since we might have to walk for a while. It might be a warm day so hydrate accordingly. Eat before you show up. Also, be sure to watch your back coming and going to the event; so far, no one has been assaulted, but it’s best to be careful. Don’t bring kids. It’s possible that things could get ugly and you don’t want kids in the middle of that. 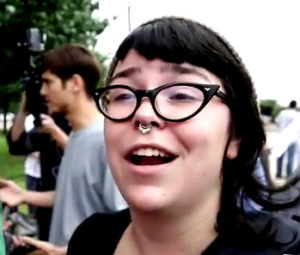 As always, our rules of engagement are “start nothing, finish everything.” We’re not going to initiate violence. We’re there to show the Communists that they don’t have free run of our streets. Taunting of course is perfectly acceptable. Last year, many of them were open carrying rifles (poorly, I might add) and we expect no less from them this year. Perhaps they’ve been training. Maybe they’ve been to the range. Maybe they’ve been eating too many Hot Pockets. Whatever they’ve been doing, we know they’ve been heavily utilizing capitalistic systems in order to try to subvert capitalism. How’s that working out for you so far Commies? We know you’re reading this.
Well, we’ve been training too; but we would have done that  regardless because we’re responsible patriots. Some of us have done Ground Dominance Training with Ivan Throne. And of course, we’ve been to the range, we’ve coordinated with multiple patriot groups, and we’ve been paying attention to what the communists are doing.

The First Passengers for Pinochet Airways

This is how a fighting church answers Soros and his minions.

Editor’s note: Below is a hyperlink to Thomas Wiktor’s analysis of the murder of Trump supporter

The press starts to discover  what everyone with a room temperature IQ discerned on Day 1: Police