We have an amazing juxtaposition in the United States right now. First, we see the empty words of the lying Main Stream Media and their lackeys and adherents. For example, the proclaim Trump’s inaugural speech to be “dark” or “divisive” and speak of how evil it is. One reporter speaks of each day as “the worst one yet.” But their words are hollow and empty. That are reactionary and useless. They have no true foundation upon which to build a society, and are only capable of ruining what already exists, as they have done for decades. They push their evil agenda, and whine like babies while Trump pulls it down upon their ears.
Contrast that with Trump. Regardless of what you thought about him on the campaign trail, he has proven to be a man of his word. He promised to build a wall and curtail illegal immigration. He has been president for less than a week, and already those things are beginning to happen. Note that. In mere days, he has done more to deal with this problem than any president since Eisenhower. Not only is he building a wall, he has put a freeze on immigration, focusing on those areas where terrorists are produced (Middle East). Notably, he makes exceptions for Christians from those regions, a stark contrast to the Obama policy. 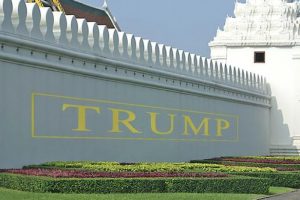 Trump promised to bring jobs back to America. He has signed Executive Orders to get the ball rolling on the Keystone and Dakota pipelines. Taking it even further, he has mandates that only U.S. Steel can be used for those projects. Even before he was president, we have seen a shift in corporate policies, where various companies (Carrier, auto makers, etc.) are bringing production back to the U.S., rather than exporting or outsourcing those jobs.
You want to talk about abortion? He has revived the “Mexico City” ban, so that foreign NGOs that conduct abortions cannot receive federal funds. There are other plans in the works to tighten the federal financial support of abortion even more. His actions  have even emboldened congressional Republicans to finally do something about abortion, as well. One of the main complaints about the Republicans on this issue was that they had control of the White House and both houses of Congress for several years, during the Bush Administration, but did nothing about it. Finally, we see movement.
Pay attention. The words from the Media are empty. They  have no substantive value. Rather, look at Trump’s promises. He is keeping them. He is proving himself, so far, to be honest and trustworthy, as far has his governance goes. That is a refreshing change from what we have come to expect from Washington.
It just goes to show you what a man who keeps his word can get done, and how the American people will respond. You may notice that his approval ratings, quite low just last week, are nearing 60%. This is what we have been waiting for.