Liberals, without break, talk about “income inequality”, profits which are “too high”, “unfairness”, “social justice”, “reparations”, etc. What the liberals are doing is intentionally stirring up feelings and thoughts of covetousness – otherwise known as envy.
Yet the major religions – including Christianity, Judaism, Islam, Buddhism and Hinduism – all preach that none of us should covet the possessions that other people have. For example:

Yet liberals constantly point out the fact that rich people have more possessions than poor people, thereby stirring up covetousness and envy in the poor people. This is done with a specific, calculated purpose. 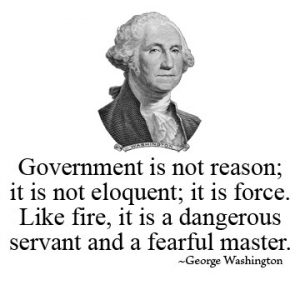 That purpose is to cause division among the people and forward the liberal agenda of: (1) government control over everyone and everything; and (2) an attack on private property rights/ownership. Talk of a “big” corporation making profits which are “too high” carries a (sometimes) hidden implication. After all, if the profits are “too high”, then that means that the corporation should be charging less and thus making less money with which to pay employees, do research and exploration, etc.
Implicitly or explicitly, liberals want to force lower profits and higher taxes on “big” corporations. It is not clear why liberals primarily talk only about “big” corporations. After all, generally speaking, the bigger the corporation, the more people that corporation One would think keeping large numbers of people employed is a good thing.
All the talk of “income inequality”, high profits, unfairness, etc. implies that some people are getting the short end of the stick. This, in and of itself, is absolutely true. Some people are (relatively) poor and some people are (relatively) However, there is another implication in the liberal talk about income inequality and unfairness:
SOMETHING MUST BE DONE to remedy this situation. The “something” that liberals mean (but do not often say) is that “force must be used to take from the rich to give to the poor”.
The “force” that liberals always prefer is the use of government. George Washington stated, “Government is not reason; it is not eloquent; it is force. Like fire, it is a dangerous servant and a fearful master.” Taxes are, in fact, forced upon citizens at the point of a gun. If you disagree, don’t pay your taxes and see what happens. If you persist in refusing to pay your taxes, you will eventually find a gun pointed at you – and you will eventually find yourself in jail. If you resist going to jail sufficiently, the guns will be used on you, and you will be killed. All because you refused to turn over a percentage of your money. Government has no other means of enforcing its decrees than the use of force. That is why government is a dangerous thing. Government does, of course, have legitimate purposes (including punishment of persons who have harmed another person or that other person’s property), but much of what our current federal government does is arbitrary and unnecessary.
Surely reducing “income inequality” at the point of a gun is not a good and proper use of government force.