Editor’s note: The following is extracted from Ballads of the Veld-land, by Lynn Lyster (published 1913).

In the Days to Come

When our children’s children gather
On the stoep[1] at dusky eve,
While the fire-flies flash and flitter
As their dazzling dance they weave.
Then, as now, the tired house-mother
Resting from love’s ceaseless task,
Shall delight her eager listeners
With the tales for which they ask.

She will tell them how a nation
By their sires has been upbuilt;
Tales of peril and of daring,
And the blood of heroes spilt;
Tell them why their own Mimosa
On the Empire’s flag is wrought
Since the day when Boer and Briton
Set their differences at naught.

And of how the Union’s fontein [2]
Feeds the land with streams of life,
Since the sands of time, slow-drifting,
Filled the grave of racial strife;
While one people, undivided,
In the cities on the veld
Knit by ties of closest kindred
In unbroken concord dwelt.

She will call the Roll of Honour
Of the Champions of the Land;
Tell of Woltemade, the dauntless,
And a surf-lashed, wreck-strewn strand;
She will speak in low, hushed accents
Of the fearless boy, Dirk Uys,
Who, astride his dying father,
Proved the courage of his race.

She will name the Voortrek leaders,
Gert Maritz and Piet Retief;
Tell of crafty, cruel Dingaan,
And that bitter time of grief,
Which befell at Ginginhlovu
When Retief was done to death,
And the royal kraal was reeking
With red slaughter’s steaming breath.

She will tell of prayer and promise
And the vow the burghers made
In the laager by Blood River
Ere their battle was arrayed,
And they sallied forth to conquer
On the morn of Dingaan’s Day,
When the Sword of Retribution
Broke the Zulu power for aye. 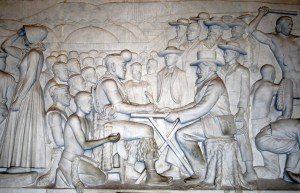 Rensburg’s Kop and brave Martinus
Ever set their hearts a-thrill,
As they hear again the story
Of the laager on the hill;
And of how a single horseman
Through a Zulu impi rode
With a store of ball and powder
On the steed that he bestrode.

Then some curly-headed kerel, [3]
Eager listening at her side,
Will, perchance, say, “Tell us, mother,
Of Dick King’s long, daring ride;”
And they listen, hushed and breathless,
While the twinkling stars look down,
As she tells the deathless saga
Of the ride to Grahamstown.

One by one she turns the pages
Of the Annals of the Years,
Thickly strewn with deeds of daring,
Storm and sunshine, joy and tears:
All that goes to build a nation
Lies beneath her storied lore,
Told to make her children worthy
Of the men who went before.

When they ask her of our heroes
Will their lineage she trace,
Naming this one Boer or Briton?
Will she speak of blood and race?
Nay! for she will whisper softly
In those quiet evening hours,
Looking down the years’ dim vista,
“‘Tis enough to call them Ours.” 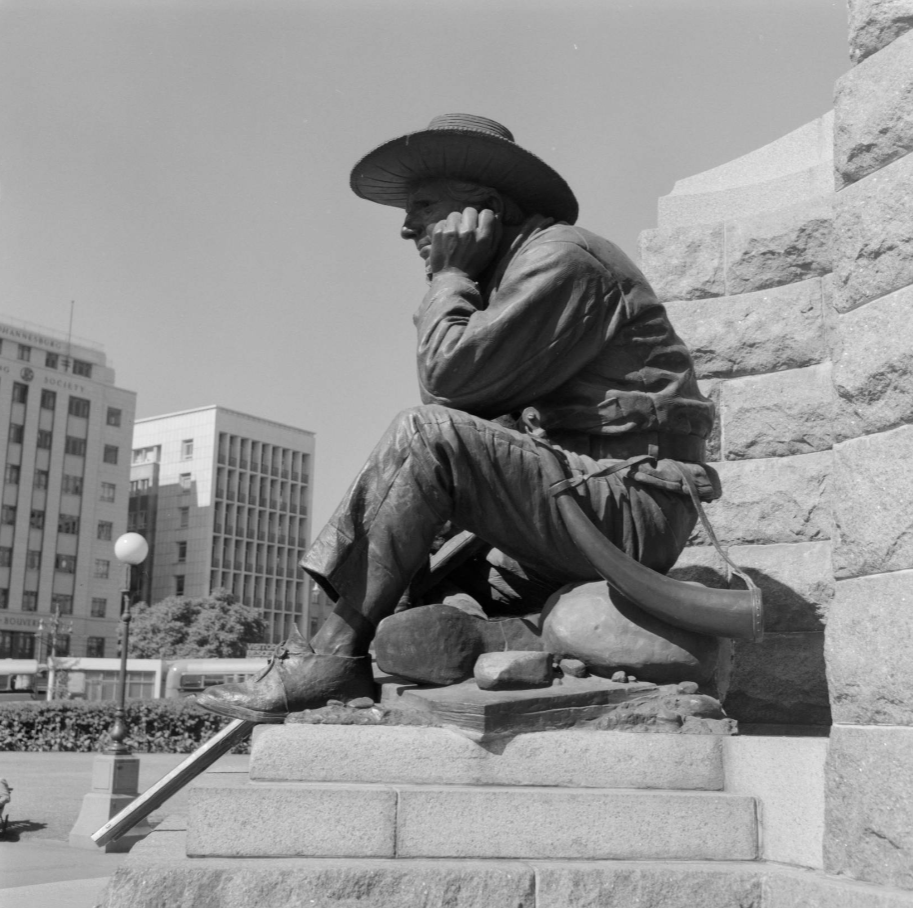 Sermon: The Challenge and Promise of Faith

The Covered Bridges of Kentucky