Those from the Socialist/Communist side of things often like to argue that Jesus was a Socialist. Recently, the talk show host Stephen Colbert advanced this idiocy. They like to point out that Jesus said it was hard for rich people to be saved and that the early church held things in common. Those are all true, of course, but the commies forgot one important piece of the puzzle – context.
Let’s look at what Jesus did say about money and possessions. We can then look at those instances the other side likes to throw out and see what they mean in context. 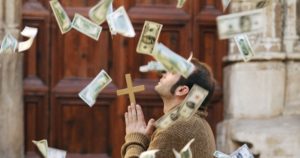 First, Jesus told the parabable of the laborers in the vinyard (Matthew 20). He speaks of the owner of a vineyard who needs day laborers, so he hires some, offering them a particular salary. As the day progresses, he continues to hire more workers, offering the same pay, even though these later folks came along hours after the first had begun to work. He even hires people just an hour before quitting time. When the day is over and the laborers line up for the pay, he gives the promised wage to the most recent workers. Those who had been there all day get excited, thinking they will get even more, since they worked longer. Instead, they are given the agreed-upon amount. They grumble and the owner responds: “‘Friend, I am doing you no wrong. Did you not agree with me for a denarius? Take what belongs to you and go. I choose to give to this last worker as I give to you. Am I not allowed to do what I choose with what belongs to me? Or do you begrudge my generosity?’

Note the key words and phrases: “What belongs to me,” and “generosity.” We will come back to this in a bit.
Second, in Matthew 25, Jesus gives the famous parable about the talents (which is referring to money, not abilities). The master gives money to three servants to care for. The first two invest it and make a profit and are lauded and rewarded. The third, a fearful man, buries his in the ground, so as to not lose it. When the master returns, he admonishes this lazy servant, asking why he did not at least put it in a bank to earn interest. The money is taken away and given to the first servant who had been the most successful. So we see servants being praised for earning money for their master, but punished for not using it at all. Note that the master does not tell them how to use the money, but leaves it to their discretion.
Third, in Acts 5, we read of Ananias and Sapphira. This one is interesting, because the commies like to focus on one little part of the story – the two were struck dead by God for not giving their money to the Apostles to distribute amongst the needy. But that misses the whole point. Notice what St. Peter told them, just before their demise: “Ananias, why has Satan filled your heart to lie to the Holy Spirit and to keep back for yourself part of the proceeds of the land? While it remained unsold, did it not remain your own? And after it was sold, was it not at your disposal? Why is it that you have contrived this deed in your heart? You have not lied to man but to God.”
Notice that the two were not punished for failing to give the money. It is plainly pointed out that the property they sold belonged to them to do with as they wished, and even after selling the land, the money was all their own. There was no requirement to give the money. The sinful behavior was that they gave a small part of the money, but said they had given it all. They were trying to make themselves look good in front of the church, rather than actually being generous. They were punished for lying to God, not for holding back money. Had they said, “Hey, we just sold some land, and here is a portion of it,” then everything would have been fine.
And that ties the three stories together. Jesus and his Apostles believed in private ownership of property. They believed that a man was worthy of being paid for his labor, with that cost being agreed upon beforehand. These narratives clearly point out that what a man owns is his to do with as he pleases. No other person should be able to tell him what to do with it. That is the exact opposite of socialism/communism.
So what about those passages that Colbert and the other commies like to use to argue that Jesus was a socialist?
One happens to occur right before the story of Ananias and Sapphira, and is what prompted their sinful behavior. In Acts 4, we read of the early church, only a few days after the Day of Pentecost. Jews from all over the world had come to Jerusalem, where they learned of Jesus and became Christians. Wanting to learn more, they stayed longer than planned, and resources got strained. Some had nowhere to stay, or money with which to buy food. So the wealthy in their midst, especially those from the Jerusalem area, shared with the needy. They “kept everything in common” and allowed the foreigners to remain to receive more instruction.Those who owned property chose to sell it in order to provide for the need. Notice that the Apostles did not tell the people to do this. They chose of their own free will to sell their personal property for the benefit of others. It was generosity. Look above at that first parable from Jesus. These new Christians were simply following the example of Jesus who is generous. This story says nothing about socialism or communism. It speaks to having a generous heart and love for others, leading to a free-will choice of action.
Well, you say, that is fine and good, but what about the time Jesus said it was harder for a camel to go through the eye of a needle than for a rich man to enter heaven (Matthew 19:24)? Jesus was simply speaking to reality. Many rich folks have a strong attachment to possessions. If they are not willing to put God first, they will not enter his Kingdom. The disciples’ reaction also gives us some insight into why he says this. They are shocked. In their worldview, a rich man was blessed by God. So if someone so blessed cannot be saved, then who could? Jesus replies that it is impossible for man, but with God, all things are possible. So what does it mean? Jesus was doing two things here. First, he pointed out that the disciples’ worldview was in error. One’s wealth (or lack of it) is not a sign of salvation. Second, salvation is only acheived through God. These verses say nothing about a man being forced to give his wealth away to others.
And that leads to the big one. The Rich Young Ruler. Of course, it was his story that led to the comment above about the camel. A wealthy 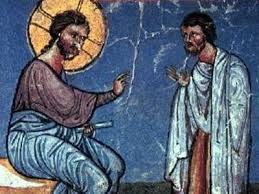 young man had come to Jesus, saying he wanted to be a follower. Jesus, knowing his heart and his love for possessions, pointed out that he needed to sell all he owned and give it to the poor.
AHA! Proof that Jesus was a socialist. No, again, do not miss the context. Jesus knew that this young man loved money. He, in fact, worshipped it. He did not want to get rid of his money god; he just wanted to add Jesus to it. Jesus knew that if this man kept his money, he could never be a follower of Christ. The money would get in the way. But again, Jesus did not force  him. He allowed him to do what he willed with his own possessions. So the man left.
He is hardly the only rich person to want to follow Jesus. Matthew 27 tells us that Joseph of Arimathea was a “rich man…who was also a disciple of Christ.” He was a member of the ruling council – the Sanhedrin. He was never told to give away his money. Why not? If socialism was a cornerstone of Jesus’ teaching on money, then why would this devoted servant be allowed to keep his money? Because Jesus was not a socialist.
And that is a fact. Jesus and his followers clearly taught that each man could own his own possessions and do with them as he wanted. There was no requirement to give it all away to the poor, with each person sharing equally. While some chose, on their own, with no coercion, to share their wealth with others, it was never a requirement. To argue otherwise is to demonstrate a keen ignorance of scripture.
So do not let the non-Christian commies try to define who Jesus is for you. They have no idea. Like the ancient pagans, they simply create a false god in their own image.

What Is Black And White And Red All Over?