There are, no doubt, modern people who engage in homosexual sex for reasons similar to those identified in Romans 1. If someone began with a clear heterosexual orientation, but rejected God and began experimenting with gay sex simply as a way of experiencing a new set of pleasures, then this passage may apply to that person. But this is not the experience of the vast majority of gay, lesbian, and bisexual people.

The blog offers a very good examination of Romans 1 and fills in a lot of background for Paul that people might not understand today, not sharing Paul’s cultural experience. Like the lawyer he is, though, I think the author identifies many trees correctly and yet misses that he’s standing in a forest. He is perfectly correct that we can’t know what Paul would have said had he known committed gay couples, for example, but he may be in error in presuming that Paul had never heard of such cases. Why should we have them today, and in such seeming abundance, and yet the premier evangelist of that generation never heard of such a thing?
But that’s not the important part. Ignoring for a minute why a person is engaging in that behavior and concentrating only on the behavior, we must confess that Paul uses words like “unseemly,” “left the natural use,” and “error” to refer to it. I cannot help but believe that it’s Paul’s opinion that such acts – while perhaps perfectly in line with the individual’s purest feelings – are not in line with God’s created order of things. And acts not in God’s order are the very definition of sin.
But taking it out of the realm of sex, what if there was a person whose every natural inclination was to torture animals*? Ever since he was a kid, he has felt a desire to do so – in fact, he wants to follow God, but he has this burning desire that he cannot shake, and he also cannot shake the feeling that God created him that way. I’ll even confess that God may have done just that**.
I would think that none of us would argue that since that’s the way God made him, that he ought to just go ahead and do so and with our blessing. We would rightly conclude that, for reasons outside his desire, the action is wrong. If he’s going to follow God, he’s going to have to learn to act in contradiction to his feelings. He is going to have to stifle this particular temptation.
Now, one might be tempted to argue that this action is wrong because it hurts an animal but gay sex hurts no one, and perhaps that’s correct but it’s not really the point. The point is that the rightness or wrongness of an act exists outside how a particular person feels about doing it. In that sense, it’s entirely irrelevant whether Paul knew people in committed gay relationships – Romans is not about how we feel or who Paul knew but about God’s created order and how we fit into it. And there is no shaking the argument that gay sex stands outside God’s order.
But Paul concludes that not only homosexuals struggle with desires that contradict that order. He confesses that he, like the rest of us, shares a twisted orientation:

[W]hen I would do good, evil is present with me. For I delight in the law of God after the inward man: But I see another law in my members***, warring against the law of my mind, and bringing me into captivity to the law of sin which is in my members. O wretched man that I am! who shall deliver me from the body of this death?
— Rom 7:21-24

All of us are twisted in some way. Each of us bears certain burdens, struggles with certain temptations that others do not. Some of us may have a will to power, to move our fellow men about like so many tin soldiers. Some of us are obsessed with remaining forever young. Some of us may desire to accumulate shiny things simply to prove we are a better man than someone else. Some desire to bed every woman or man who comes our way. And some of us desire to share sexual intimacy with a person of the the same sex. The temptation is different on the surface, but it is still a temptation to act in a way that stands outside God’s will for us. 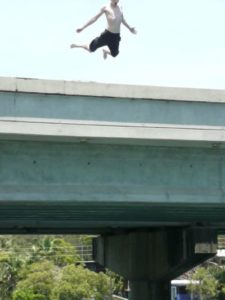 I wonder about these denominations who single out homosexuality as some “special” temptation against God’s order and say, well, so long as you really feel that way (i.e. so long as you’re truly tempted deep in your heart), that’s fine. Every behavior is done because a person is tempted to do it. They want to do it. Deep in their very self they feel that this act is going to give them pleasure, even if it’s only the pleasure of hurting someone by throwing themselves off a bridge. Every sin fulfills a deep-seated need within us. But it is in fulfilling it outside God’s will that makes it a sin.
There is an order in creation, and especially in marriage and procreation. It appears to be one to which we humans are particularly vulnerable to violate. Sex saturates our culture, our entertainment. It excites us. And it tempts us. As CS Lewis once noted, we are not obsessed with it because we hushed it up; we once hushed it up because we are obsessed with it.
But the fact that we are tempted to do an act does not change the nature of the act. It is not, in the end, our innermost feelings that determine whether we are obeying God. It is whether we are obeying God.
* No, I’m not saying gays torture animals: my example has nothing to do with them.
** Hath not the potter power over the clay, of the same lump to make one vessel unto honour, and another unto dishonour? — Rom. 9:21.
*** Paul uses the plural, but he might have helped us more here if he used the singular.