Where I was working there were men that went to church and others that did not go. In general they were not so bad, but some of them used the Lord’s name in vain and others swore. It always hurt me when I heard swearing, probably because I had done it myself in the past. I usually waited for the opportunity to talk with such a person when I was with him alone. I found in that way it sinks in better. The Lord surely prospered us. We were both healthy and so were the children. While we lived there in our own home, from year to year I got a little raise in wages. We promptly paid our premiums and interest on the shares of the building & loan and paid off the note to the banker.

When we had lived there seven and one half years, we had paid up our shares of the building & loan and the mortgage was thereby paid up and we had a free home. All our children that were old enough went to the Christian school and got good standings and we always paid the school money ourselves, although it meant sacrifice and denial on our part. The children did well in catechism also and Sunday school. The Lord put it on our hearts to try to teach them the Way they should go. My wife as mother was therein very wise and faithful. Yet we must confess, it was imperfect and alas therein we fell short of the mark. 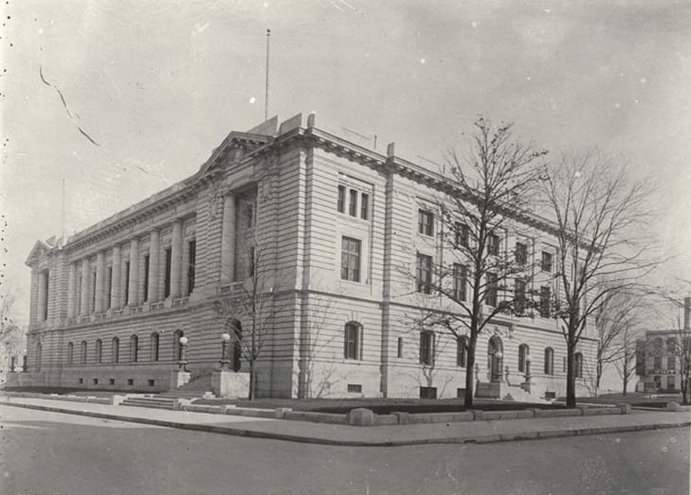 I Become a Citizen

After we were in this country a few months, I realized it would be well to become a citizen. This U.S. seemed to me a good country. It is in many ways as free and democratic as the Netherlands and I thought, if need be, I am willing to fight for the rights and privileges I enjoy here. So I promptly took out my “first papers”. About 5 years later I appeared before a board of examiners for admission to citizenship. In the meantime I had studied the Constitution of the United States to prepare myself. When it was my turn to be examined, I answered the first question rather elaborately. The judge told me to make my answers concise. The next question I answered with, no sir, and the following with, yes, your honor. That was all. He then turned to our superintendent to find out about my identity. My superintendent had consented to be my witness. The judge then asked him about my character and the advisability of whether I ought to be admitted to become a citizen. His opinion was, I should because I was a Christian. When I heard that, I was glad, but I thought also if he knew how poor a believer I was, he would not have given that for a reason to become a citizen.

When the judge asked the opinion of the board to admit me to citizenship, they said in chorus, yes. One said I should say so. I was then properly sworn in. That happened June 19, 1911. I was glad I was admitted and a “burger” [1] of these good U.S., and never felt sorry for taking this step, and have since then faithfully voted whenever the occasion to do so occurred.

Another Test of My Faith

A few years after I had become a citizen, the print shop where I worked had contracted to deliver a job at a certain date. They thought it was absolutely necessary that I should work on Sunday. I said I could not do that, as it was against the Lord’s commandments. Will the superintendent said, if you don’t come to work Sunday, you don’t have to come Monday either. On Saturday morning he repeated this statement, and I said, “All right then, I cannot come back Monday.” In those good old days we worked 59 hours a week, Saturdays usually only nine. We worked ,of course, that Saturday late. It was only a few minutes before we were quitting, that the superintendent told me I was a stubborn Dutchman. He said also if we had a fire on Sunday and called me to help, “you would say no, wouldn’t you?” I said, “No, I would do all I could to help, but if you contract work you must figure that the Sundays are the Lord’s, at least as far as I am concerned.”  “Well,” he said, “all right, you come back Monday. The Lord moved his heart. I felt good and returned as usual on Monday. My faith was stronger through the testing.

It was during the time that our oldest children started to grow up that I had become, as young as I was, an elder in the church. Although I was not unwilling to serve, I did not realize the importance of it and my responsibility toward it. I did not sufficiently take it as a God appointed work for me. The increasing financial burden for the family at that time caused me to look out for, if possible, added income. Others now and then had talked to me to go on the farm with my big family and I thought that probably would be a good way out. From that time on I became farm minded, however, I should have had more faith and put my trust in the Lord who had wonderfully provided for us in the past and could do so in the future. I should have finished my term as elder and considered more the eternal and spiritual values. I made a bad mistake.

My wife and I talked over this matter of going to the farm, but it did not look good to her. When an aged, good neighbor lady, who always darned the socks and stockings for our family for nothing, heard of it, she talked to my wife in such a convincing way against it that all hope to go on a farm was out and my wife said nothing doing. But I kept at it and looked through the papers and talked about the farm all the time. Finally she said, “For your sake, I will consent.” Then we started to look at places. At last we found a small farm for which we traded in our home. We had to take up a mortgage to complete the transaction.

The farm was located in a neighborhood where other Hollanders lived. Several went to the church that we intended to join. Only a few days after we arrived there, my conscience was smitten that I had taken my family to vicinity where there was no Christian school. The oldest children could walk the long distance to a school in town but the smaller ones had to go to the county public school. This was not the only bad side to the situation. I thought I had to resign also as elder because the nearer church was far enough away to walk the distance. We had no money to buy a horse and buggy and an automobile was, of course, entirely out of the question. Now and then, my wife would get a ride from someone.

A History of St. Paul's Cathedral

The Joy Of Daughters

Anytime we start talking about heritage, posterity, or other such issues, we tend to discuss fathers

Who Counsels the Counselors?

Editor’s note: The following is contributed by our newest guest author, Ludus Rex. My father was

Get Your Junior Classics

In the Days to Come

Editor’s note: The following is extracted from Ballads of the Veld-land, by Lynn Lyster (published 1913).