I am a product of my raising, as we all are. Like most people, I am multifaceted. I have personality quirks. Some might find me a bit strange. I don’t mind at all. In fact, if a leftist does not find me odd, I should reconsider what I am doing. Still, growing up, I was just me. I did not really make conscious choices to be different or out of the ordinary. I just did what I thought I should (or more likely as a youngster, what I wanted to do). One of the quirks that I exhibit is a constant trend toward enjoying life. While I do have very serious thoughts, and hold firm positions on just about everything, I tend to keep things light. If the mood starts getting tense, you can bank on the fact that I will do something to lighten things up a bit.
That proclivity has led to others underestimating me. Let me explain. As I neared graduation from seminary, one of our requirements was to do a sermon during daily chapel. We had to request a faculty member to introduce us, so I asked one of the profs that I had gotten close to over the previous two years. In his introduction, he said something along the lines of: “When you first meet Theophrastus, you think he is a light weight. He enjoys life, is always smiling and joking, leading you to think that he has little depth. However, once you engage him in conversation, or as I have, read his theological essays, you realize that there is actually a very deep pool from which he draws…” and so on.
Now, I do not share that with you to hold myself up as anything all that special. In fact, I am a pretty regular guy. I have many weaknesses, and I struggle with them every day. Sometimes I do well, and often I fail spectacularly. But I am no lightweight, intellectually, physically, or spiritually. Still, to this day, when people first meet me, they discount my abilities in all of those areas.
When my prof made his introduction, I will admit, I was shocked. I had never realized that people saw me that way before. I knew who I was, and was content with it, and really didn’t care (and still don’t) what others thought about me. I just assumed that they saw me for what I was. But they did not. They saw weakness or trivialities where there was actually strength and depth.
Two decades later, I am quite content with this whole thing. It does not bother me at all that people underestimate me. It gives me an advantage. Most of the time, this whole thing is irrelevant. It simply does not matter. But in those rare cases where there will be some sort of conflict, whether intellectual or physical, I have the high ground. My opponent discounts my abilities, meaning he will not bring his A-game. Fine. It makes my victory that much easier.
Why do I bring this up? Because this is exactly what the left does to the Hard Right.  As I mentioned in my article “Don’t Force Our Hand:”

They [the Left] have mistaken our forbearance to this point for weakness. That is dead wrong. It is not that we are not capable. It is that we do not want open conflict. But if we are forced into a corner, all hell is going to break loose, and the left is not going to like the result. 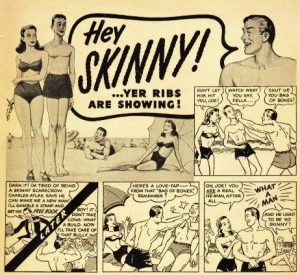 They actually believe their own propaganda about the Right. They think we are all backwards hillbillies, too dumb to think for ourselves. They consider us knuckledraggers, barely more than Neanderthals. They are convinced that they are superior to us in every way.
Fine. Let them think so. The longer they underestimate us, the further along the path to freedom we can move. The longer they consider us as unequal opponents, the easier it will be to overcome their feeble attempts to thwart us.
Really, even if they bring their A-game, we would swamp them. But it is that much easier when they mail it in. Who does the left have to compare to Oath Keepers? Even putting aside a great group like Oath Keepers,  our marginalized groups are superior to theirs. Really, if you had to choose who would win a fight between the SPLC and the NRA, would you put your money on the libtards? If so, you are out of your mind.
No, I am quite content to be underestimated. I hope they continue to think we are lightweights. It makes our foreordained victory that much easier. It worked pretty well for David, when he faced Goliath.

Caesar and the Pirates

Get a Grip: The Pinch Grip