As we have pointed out repeatedly on these pages, we are involved in a war. It is a war for the very soul of Western Culture. Of course, humanity is normally in conflict, in one way or another. England, France, Spain, and the other European colonial powers were often at war with one another during that Colonial period, jockeying for superiority. Still, they were all Christian Western cultures. The larger culture itself was not in danger then. Regardless of whether England defeated France, or vice versa, Western Culture was secure. It would still be Christian and Western.
Times have changed. Now, that heritage that was passed down to us by those colonial nations is under attack from non-Western, non-Christian forces. If we lose this fight, then our culture will be gone, and the world will be the poorer for it.
Which leads me to my point here. Fox News has sacked Bill O’Reilly. I have heard my whole life that as long as a show was making ratings, networks would find a way to keep in on the screen. I guess that is wrong. O’Reilly’s show has been the top rated Cable show for 15 years, but he is gone.
Look, I realize that Fox News is not Hard Right. They are not even really Conservative, unless your metric for that means “to the right of CNN,” which describes just about anyone. I fully understand that O’Reilly is a blowhard idiot. I am not defending him, his actions, nor his positions on political issues.
But the perception is that O’Reilly and Fox are conservative. They are the poster boys for the Right in the minds of the Left, and in the view of many Americans. 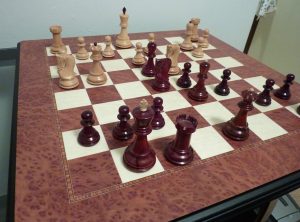 So how should we view this action by Fox? What does it mean? It is one skirmish in that larger war. And the Left thinks they have won it – and in fact, they have. They succeeded in removing the most popular “Conservative”  television show from the airwaves. It does not matter that he was not really one of us. What matters here is that the other side has shown that they have the ability to force a popular “Right” show from existence.
I know some folks are not overly upset about it, and fair enough, since O’Reilly has done nothing to advance our cause. Still, I would caution against apathy here. If they can push O’Reilly out, they can do it to others, who are not nearly as popular. I see this as a warning shot, and it hits close to home.
This is why we must continue to push for alternative platforms to spread our message. We cannot rely on Left-dominated avenues, because if you get on their radar, they will work to shoot you down. We need our own avenues for sharing, teaching, organizing, and spreading the call for Western Culture Reclamation.
So do not let the Reality (O’Reilly is not one of us, and he is no great loss) cloud the fact that the Perception is that the Left has won a great victory.
Stay focused on the task at hand. We are on the right side of history, and we will win, since we stand for the truth. Recognize the enemy’s tactics, and learn from them. The next target might be someone who matters. Be ready to counter.

A Chronicle Of Our Decline — Part 0