In my previous post, on nations, I argued that race (skin color) alone is not sufficient to define a nation of people. Certainly, it is an important component, but few would argue that Frenchman are the same people as Swedes, though both are White. The article also delved into the peculiarities of the American situation, where various people groups came together, and those sharp edges of heritage became blurred, though not really disappearing altogether. Still, while an Irishman and an Englishman might be quite distinct in Britain, once their families migrate to the United States, and especially after a significant amount of time has passed, that distinction is not quite so sharp. In fact, most “Americans” can probably trace their family lines back to multiple nations in the fairly recent past. My own heritage, though primarily British (including English, Irish, Scottish, and Welsh), also includes a significant German component. So what does that make me? I am mostly English, but that line makes up less than half of my heritage. It is a plurality, but not a majority of my blood. 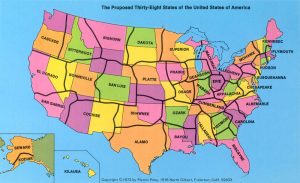 I think this is the same circumstance that most of us on these shores find ourselves in. As several commenters pointed on in that earlier discussion, in the United States, those specific nationalities of heritage lose some of their meaning (though we still hearken back to them in important ways), and we come to identify as something else altogether, and again, race plays an important role in that. Here, we find Germans, Irish, Finns, and Poles coming together, intermarrying, and melding into a new identity. This distinctly American identity is what I want to address here, along with some of the ramifications of the situation.
For the past 200+ years, this melding together has taken place, and it has occurred all over the country. Whether  you travel to New England, Dixie, the Midwest, or the West Coast, you will find groups composed of a multitude of historic heritages. They have blended into one; however, while the blending happens across the breadth of the country, that does not mean they are all becoming one unique nation, which might be termed “American.” Certainly, that term gets thrown around, and from a legal perspective, it has some merit, but if we are speaking about a nation of people, it is nonsensical.
No, we have a multitude of nations that inhabit the borders of the United States. Until the 20th Century, and even well into it, the primary divide was regional, especially between North and South. Few would disagree that Yankees and Southrons were very different from one another. They had different cultures, experiences, goals in life, and more. This divide between the regions still exists, and now includes several other groups: Midwesterners, Mountaineers, West Coasters, and others. One recent writers declares that at least eleven different nations make up our population, and his breakdown is regional.  There is still, by necessity, a strong regional element to nations. That is why Englishmen are from England and Germans are from Germany. Nations are composed of people from a specific region, with a shared history, worldview, and ethnicity. The author of the linked article really doesn’t even consider race, at least in any detail, and if we include that element, we would have many, many more nations; I would argue that we should do that. 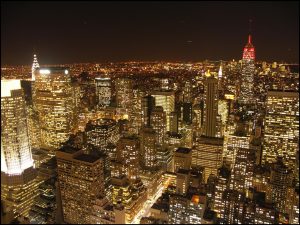 Compounding the issue, however, is a more modern problem: urbanization. We have discussed this before on this site. City dwellers have a vastly different worldview that rural folk. Urban people tend to consider rural folks to be hicks and out of touch with the modern world. At the same time, rural folks consider city people to be crazy, and caught up in an unhealthy, frantic lifestyle. Without debating the merits of either side there (though it should be fairly obvious, I prefer the country), people who spend their lives in a city are not experiencing the same things as people who live in the country. As nations are defined by their socio-political foundation, composed of its own autonomy from other groups, its own interests and needs, and some semblance of cohesion with its members, there is a vast disparity between those who live in cities and those who do not. I would argue that these groups are, in fact, not the same nation, regardless of skin color.
So if we factor in region, ethnicity, rural/urban, and other such factors, we find that what we consider “…one nation, under God, indivisible…” is nothing of the sort. We are not one nation. In fact, we are so many different nations, that it would probably be hard to quantify them. We are also not indivisible. That is a pipe dream. A nation is indivisible because it exists by definition. But with a myriad of nations, the United States will eventually break up. If history teaches us anything, it is that.
All of this discussion, to this point, really has not made race (skin color) a major factor. But it does matter, very much. In the Deep South, for example, we do find lots of urban Whites, urban Blacks, rural Whites, urban Whites, plus a whole host of other ethnicities. I personally know a rural Vietnamese guy who speaks with a deep Southern twang. He rides horses, wears boots, and so forth. But he is not from the same nation as me, as we have a different heritage and ethnicity. We do share a region and some interests and needs, but that is not what makes a nation. 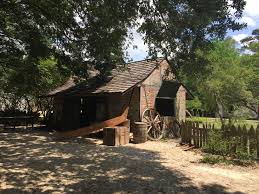 So what do we do? First, I am not even going to delve into religion in this article. That is a major factor, and we discuss it quite a bit here, so I will consider the other factors instead. I would argue that no matter what we do, a break up is coming. It can go down easy, or it can go down hard. But go down, it will. My proposal is for peaceful separation, and that will only happen if we approach it in more than one way.
First, those major groups, and we could use the linked article’s suggestion of eleven different regional nations as a starting point, should secede from the United States, and form their own regional governments (we can debate the efficacy of governments later). No more pretending that we are all one people. We must be willing to recognize the fact that living in specific regions has been instrumental in forming distinct nations on this continent. So Secession is on the table, in my book.
Second, we should recognize the urban/rural divide, and allow for individual city states, within those regions. They should be self-ruled and autonomous. So while Texas might reclaim its status as The Republic of Texas, Austin may well want to be shed of the rest of the state (and I am sure the feeling is mutual). The same could happen in Georgia, where Atlanta would separate from the rest of the state. In the Northeast, New York City could be a self-ruled metropolis, no longer shackled to the rest of the state (or region, depending on how regional lines were drawn). We could separate city and country from one another politically, allowing people to live in whichever sort of environment they wanted. No longer would rural concerns get in the way of urban progress, and no longer would urban concerns cause turmoil in rural areas. Each would be free from the other. Separation between these two groups could take place, and the integrity of the region still be upheld.
Third, while regional concerns are important, we do have to consider race. Here, we must allow for segregation. Some regions might impose forced segregation. Others would opt for voluntary segregation. Still others may choose to continue with forced integration. Each region (or city/state) could determine this for itself. Those who choose to live in that particular location would abide by those rules. If you don’t like it, then move to a place that is more to your liking. Contrary to many people’s understanding (and certainly in opposition to what is usually taught in public schools), this has been going on in the South since slavery ended. Even in our modern world  that forces integration, we find that people associate with their own kind. Blacks with Blacks, and Whites with Whites. Now, in some regions, people may choose to look favorably on miscegenation, while others will frown on it, or even forbid it. Again, if you are not happy with your region, you can move.
If these three steps were seriously considered: Secession from the United Sates along regional lines, Separation along the urban/rural divide, and Segregation along racial lines, we might find that we could learn to live peaceably in the same general region.
One things is for sure, as our friend Vox Day has said repeatedly, “Diversity + Proximity = War.” The thing we need to do is find a way to defuse the situation, and I think this is a good starting point for the conversation.
I look forward to your thoughts.