And the whole earth was of one language, and of one speech.
And it came to pass, as they journeyed from the east, that they found a plain in the land of Shinar; and they dwelt there.
And they said one to another, Go to, let us make brick, and burn them thoroughly. And they had brick for stone, and slime had they for morter.
And they said,
Go to, let us build us a city and a tower, whose top may reach unto heaven; and let us make us a name, lest we be scattered abroad upon the face of the whole earth.
And the Lord came down to see the city and the tower, which the children of men builded.
And the Lord said, Behold, the people is one, and they have all one language; and this they begin to do: and now nothing will be restrained from them, which they have imagined to do.
Go to, let us go down, and there confound their language, that they may not understand one another’s speech.
So the Lord scattered them abroad from thence upon the face of all the earth: and they left off to build the city.
Genesis 11: 1-8 (KJV)

There are many things that we can learn from this passage. Of course, the main theme is that God did not want mankind to fail to rely upon Providence, and they had begun to do that very thing. Man looked to himself, hoping to “make a name.” This implies that they hoped to become “gods” amongst themselves, without their relationship with their Creator.
But there are other things to garner, and we would be wise to consider them. For example, notice man’s words: “let us make a name, lest we be scattered.” They had gathered into a city, rather than following the biblical mandate to “fill the earth.” So how does God counter their hubris? “The Lord scattered them abroad…upon the face of all the eath: and they left off to build the city.” 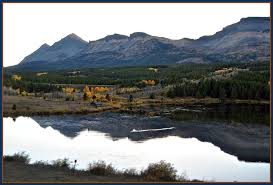 God wanted man to spread out. Looking at the results of urban living, can we blame him? According to the FBI, in the United States the 2011 rate of violent crime known to law enforcement within metropolitan areas was 410.3 per 100,000 persons. The rate of violent crime per 100,000 persons in cities outside metropolitan areas was 382.1, and for nonmetropolitan counties it was 186.1. Urban areas ran between 382 – 410 crimes per 100,000 people, while rural areas had les than half of that. It is safer to live in a rural area.
Crime is not the only issue. Social cohesion also matters. “With a considerably lower population scattered across a broad region, rural areas tend to have closer communities in which everyone knows one another.” There is much less social fear in rural areas, since one’s neighbors are well known. This has many implications. For example, everyone knows everyone else’s strengths and weaknesses. We know who can fix broken equipment. We know who to call for help when problems arise. We know who can provide needed care. In a city, we look to Yelp for reviews.
Rural life provides for a more enjoyable experience. There is less stress, psychological problems, and danger from unknown people or circumstances. The cost of living is lower. There is more nature. Face it, there is a reason God placed Adam in a garden, not a city.
So what do we learn? We typically have three choices for living environments: city, suburbs, country. Whether we consider crime, living standard, or social cohesion, the clear winner is a rural lifestyle. If you want to set yourself up for a successful transition into a Man of the West, then look to the country. You will be glad you did.