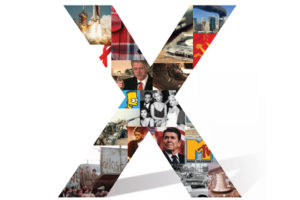 If you have read this page for very long (or perused the archives), you know that Gen X has been a big focal point, especially of my articles. There are several reasons for this, but the two that stand out (at least to me) are that we (the writers/editors) are pretty much all Gen X, and that Gen X are the ones who are taking the lead in trying to reclaim Western Civilization.
Now, don’t misunderstand, there are plenty of lousy Gen X’ers out there. Many have consumed the libtard koolaid and have gone to the dark side. No doubt about it. Many have not even really taken sides, but slipped into a form of despair, thinking that the sky is going to fall at any moment. Vanderbilt did a study that argues that Gen X has seen a rise of depression (and this Market Watch article follows that same train of thought). Maybe so, but there are some important things to consider, in this regard. First, it won’t take the entire generational cohort to enact change, so if the weaker ones are simply out of the way, one way or another, it won’t really matter. Second, this is the sort of thing that can turn many marginal folks into extremists. When social conditions are such that despair and depression are on the rise, we can see folks breaking in both directions.
Even the godawful New York Times has noticed that Gen X does things their own way. This article claims that Gen X was never composed of slackers. We just played by our own rules, doing our own things however we wanted. From the article:

Maybe that’s the thing about being a generation without any particular identity or belief system: We are adaptable, a weedy species, like rats or cockroaches, built to survive any environment. We are hard to stamp out….In today’s polarized online hellscape of a world, regardless of background or political chances, I like our chances to fix things after whatever inferno awaits.

DDI, a global leadership consulting firm, points out that Gen X  members make good leaders. They point out that Gen X leaders have a powerful influence in that they:

While some folks argue that Gen X is the smallest generational cohort in play today, some studies show otherwise, with Gen X actually the largest current cohort (since lots of Boomers are dying out). This article gives these statistics:

That same article gives these descriptions of the generations:

Boomers – want to help their children, but not actually leave them any inheritance. (Author’s translation: They will help, as long as it doesn’t cramp their style.)
Xers –  Trying to raise a family, pay off student debt, and take care of aging parents.  They are looking to reduce their debt while building a stable saving plan for the future.
Millennials – Millennials are entering the workforce with high amounts of student debt. They want partners that will help guide them to their big purchases. (Author’s Note: What in the world? They need help in deciding how and what to purchase? Real good leadership potential there….)
Gen Z – Learning about personal finance. They have a strong appetite for financial education and are opening savings accounts at younger ages than prior generations.

Speaking of the comparison between Gen X and Millennials, how about health issues?  Blue Cross/Blue Shield released a report that argues that Gen X was healther than Millennials (at comparable ages).

The study’s main finding, listed at the top of the report, is that “older millennials (age 34-36) have higher prevalence rates for nearly all of the top 10 conditions than did Generation X members when they were in the same age range.” Of the 10 conditions, six were behavioral (affecting mental health), while four were physical.

So there is ongoing research, and it is worth checking out those studies, as they give some insight to the discerning reader about the people 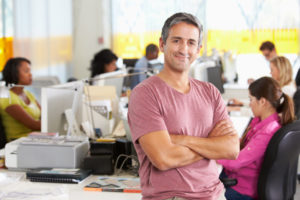 that make up the USA (and other historically Western cultures).
Overall, they show me that Gen X is primed and equipped to take up the mantle that is being placed before it. Surely, not all will, but there will be enough to get the job done. Keep the faith, and no matter what generation you are a part of, you are in a position to do something to help. Stand up and do what is right. Because what is Hard Right is always the right thing to do.

History in Ancient Greece (Part 1): Homer and the Heroic Age