Nearly two years ago, I wrote The Parent’s Guide To College. My qualifications for writing such an article are covered there, so you can go read about them there, if you want. Suffice it to say that I spend lots of time with college students and have done so for well over a decade, not even counting my time as a student (that would give me over three decades of interaction with college students in various roles).
Here is a quick breakdown of the current demographics for the current college student body across the country.

How does that compare to the historical college student demographics? Well, those numbers take more research, but here are some salient points: 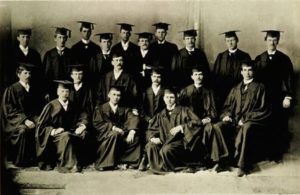 So what is the point about these demographics? Historically, few people attended college at all. Only the “cream of the crop” attended college, and by that, I mean only the top students set their sights on a collegiate education. The vast majority of folks, regardless of race or sex, never went beyond high school.
In years past, those few students who pursued an undergraduate or graduate degree had very specific goals. The number of degrees was fairly limited, as there were only a few specific jobs that required them. The traditional degree plans would focus on such things as Theology, Math, the various Hard Sciences, History, Philosophy, Literature. Notably absent were such things as “Women’s Studies,” or “Puppetry.” The education was not intended to make you “a well rounded person,” but to teach specific skills necessary to complete specific tasks.
In this system, things worked well. Students would sit at the feet of knowledgeable instructors, developing knowledge and skills.
So what changed and corrupted this system? Of course, there are many reasons, but a couple of big ones would be that people began to equate correlation with causation. They saw these college-educated students earning more money than their non-college educated peers, and began to assume that it was the college degree itself that made that difference. Of course, that is nonsense. The fact is that these students tended to be smarter than their peers and were simply better equipped to complete jobs that others could not. Those jobs tended to be ones that paid more.
Upon that misunderstanding, the egalitarian mentality that began to take our culture over post-WWII led to a rise in enrollment, especially with the advent of the GI Bill. Suddenly, all those WWII vets were coming home with “free” money to use for education. Many, seeing this as their opportunity to get in on the good life, enrolled in college and pursued those coveted degrees. Once the 1960s came along, and egalitarianism ran rampant, minorities began to attend, also using lots of government money, and things have continued in that vein since, and these changes are growing exponentially.
Of course, when few students were attending college, there was no real market for student loans, government grants, etc. Those few students who would attend could either afford to pay for their educations, would work themselves through school, or get endowments and 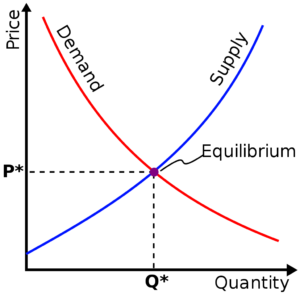 scholarships from the school itself. Most of those scholarships were funded by alumni of the school. It was simply a clear example of supply and demand. Few students equates to low demand for funds and funding opportunities.
Once the student body began to expand, that funding market opened up. The government, first with the GI Bill, then later with Grants and Loans, began to provide revenue for the colleges and universities. Suddenly, these centers of education shifted from advancing knowledge to getting their share of the financial pie. Getting a degree (piece of paper) is the goal, not education.
And therein lies the problem. When the enrollment was small and limited to the top students, those graduates would be able to find gainful employment that would provide for a comfortable living. As the student enrollment grew, those jobs became much harder to land. Again, looking at supply and demand, when there were few degree holders, they were in demand. Now that more and more folks hold degrees, those certificates begin to lose value. All the while,  the cost of education continued to rise, until it is now almost impossible to personally fund the education from one’s own private funds. Unless a student can get scholarships or grants, loans are often the only way to pay for school.
When many of these loan recipients are from minority groups, often with limited income, and no real prospect for getting employment that can effectively pay the loan payments – not even considering that many of these students never actually graduate, but accumulate debt nonetheless – the student loan system becomes untenable. Really, racial breakdowns don’t even matter – this issue hits Whites, Blacks, Hispanics, and every other group.
Even worse, unlike most debts, once a student takes out a loan, that debt will hang around their necks until it is paid off or they die. There is no way to get that debt removed. Even if a person files for bankruptcy, student loan debt is exempted – it cannot be discharged via bankruptcy.
So imagine that you are a recent high school graduate, and you enroll in college. You find that your cost for one year of college is $20K (and it is often much, much more). You know you cannot pay for that out of pocket, so you take out a student loan. You do that for two years, accumulating $40K in debt, at 8% interest. While you are in school, your payments are deferred, but once you stop attending, after six months, you must begin making payments. So after two years, you flunk out of school, because you are not equipped to do college-level academic work (or perhaps life intervenes and you must go find a job immediately to support your family, rather than going to school). No matter why you stop school, even if you never graduate, you must now pay that loan back. Some students end up with more than $100K in debt and have nothing to show for it, but they are making monthly payments. Why?
Because the system is broken. Students are told over and over that they must go to college to be successful, so they do. Remember, the current crop of students are not the best and brightest, but are those who in years past would never have considered college, simply because they are not academically competent. Since they cannot afford the exorbitant costs, so they take out loans. They have no choice – it is the only way they can pay for it. Then they find out that they will not be successful, yet they must pay up anyway, no matter that the whole system was built upon lies.
The fact is that most people SHOULD NOT GO TO COLLEGE. There is no reason for it. It should be limited to those who are academically 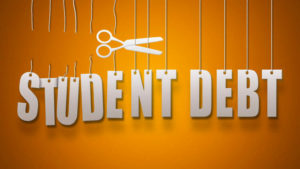 able to succeed and have a clear goal for their education. Everyone else should go get a job and earn a living. There is nothing wrong with that, and is actually the better option. It is a cultural travesty that we have told everyone that they should go to college. It is academic malfeasance.
For those that do go to college, the current financial arrangements should be revised to accommodate a much smaller enrollment, as it did pre-WWII. There is no reason for a college education to be so expensive.
And those poor souls who simply did what they were told to do and took out loans to pay for an education they did not need and were not capable of completing? Their debt should be forgiven. Too often, they were victims of predatory recruiting by colleges. I have experience with students who were homeless, living in shelters, taking out massive loans to pay for online college classes. Not only did they lack the proper technology to do the work (I mean, seriously, you sign up for an online class and do not have reliable access to a computer?), but were not mentally capable of doing the work. Some of these students suffer from mental illnesses and other such issues. So they cannot do the work, and are not really competent to understand the ramifications of the loans that they take out.
It is only right and proper that they be granted release from their debt. It is the Christian thing to do.