I’d like to tell you the tale of one of history’s great inventors. So great, in fact, that Thomas Edison paid him to move to Europe and stop working on new designs.
So, we’re going to talk about Hiram Stevens Maxim – and what happened after Edison made him that deal.
One never knows how even the most flippant remarks may effect world history. There is no greater example than this one.
While he was in Europe, Hiram was visited by an old friend from America. His friend said to him, “Look, drop all this chemistry nonsense. If you want to make real money, give the Europeans something to cut each other’s throats with.” 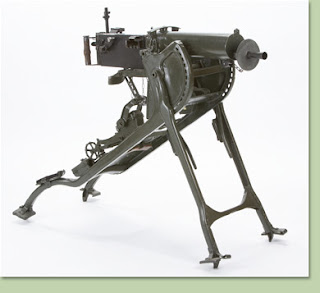 Flippant as it may seem, that statement rocked Maxim to his core.
By 1886 he had his first working prototype. It was accurate. It was ultimately reliable, and at a time when the finest soldiers in the world could fire 26 rounds per minute with a bolt action rifle, you could put a moron behind this weapon and tell him to pull the trigger, and fire a symbolic 666 rounds per minute.
Maxim invented the world’s first machine gun in 1886. When Americans were still using Gatling Guns.
Share this

The Decision Process: A Car for My Child