Recently The Blaze’s new talking tart, Tomi Lahren, went on The View to tell the rabid, liberty hating progressives there that despite their differences, she was at least in solidarity with them when it comes to killing your own children. Now, I’m only vaguely familiar with this tart because I don’t watch The Blaze (or Fox News). A program that spends 2 minutes reporting on an actual event and 58 minutes telling you what to think about the event is not news, it’s propaganda. And just because The Blaze emotes toward the right does not make them acceptable. They are not conservative, and this bit from the tart is just another revelation of the truth, that they are just Media Whores.

I’ve never forgiven Fox News  or The Blaze for the absolute bullshit that they pulled during the 2012 election. If you recall they were running full blast with the propaganda machine to promote Mitt Romney as the front runner, even before the first straw poll was held. And then took an actual poll leader, Ron Paul, and made him into “He-Who-Shall-Not -Be-Named.” In 2012, Barack Hussein Obama was doing so badly, even at keeping his own campaign promises, that he should have been beat by any Republican candidate. But that wasn’t the plan for the bi-factorial ruling party. So they pushed the very worst RINO/Cuckservative/neo-con they could find, using the full force of Cuck News to do it. 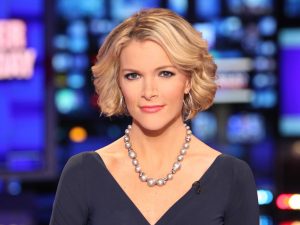 Remember the last super conservative tart, Megyn Kelley? She spent years blasting the Democrats to the applause of many. But when God Emperor Trump was running, she revealed her true colors. She is a rabid feminist. Now where is she? MSNBC! How could someone who spent years emoting conservative make such a huge flip? Because that’s what these people are! They are bullshit artists! They are Media Whores!
Tomi tart is just another whore, jumping on the popular band wagon, pretending to emote conservative values. Remember the Tea Party? Remember how fired up everyone was? People were singing all three verses of the National Anthem, the Libertarian party went from fringe to more mainstream, and they got a whole bunch of frauds elected, who immediately betrayed the movement that elected them. With just a few exceptions like Rand Paul, the Tea Party candidates eagerly gave Obama everything he wanted and fought to shut down efforts to stop him.

That’s what Tomi tart is. She’s a Johnny-Come-Lately. She’s feeding people what they want to hear because at this time Trump supporters are the best paying Johns. She’s recently been joined by Lindsey Graham. If you believe that cuck has seen the light, then you may just be too stupid to live. Don’t fall for this crap. Don’t watch  The Blaze. Don’t watch Fox News. There are a few bright spots, but I expect that if they have any real integrity, they will leave for the Alt-Media revolution soon.

It doesn’t matter what conservative talking points Tomi emotes. Baby Killing is a hard line. In this day and age, where The West is being invaded by millions of barbarians who are out breeding us, it is at least culturally suicidal to support killing our children. And that’s if you ignore the monstrous inhumanity of it. 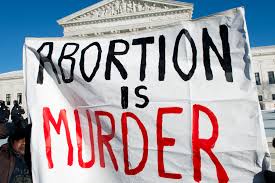 Women’s health? Horsehit! We are talking about basic biology here! There is nothing more natural and healthy than reproduction. I assure you, women are far more likely to die from driving cars and dating barbarians than from child birth.

Women’s Rights? Horseshit! One of the very few purposes that government is supposed to exist for is to limit our rights to kill other people. And if you legitimately want to argue whether or not a fetus (Latin for baby) is a person, I’m sorry, but you’re too stupid to live. Kill yourself before The Kurgan finds you.

Don’t watch Cuck News. Don’t listen to fake conservatives. Go to Infogalactic News, or Drudge. They weed out the fluff and pundit bullshit.

Feminism: A load of bull.