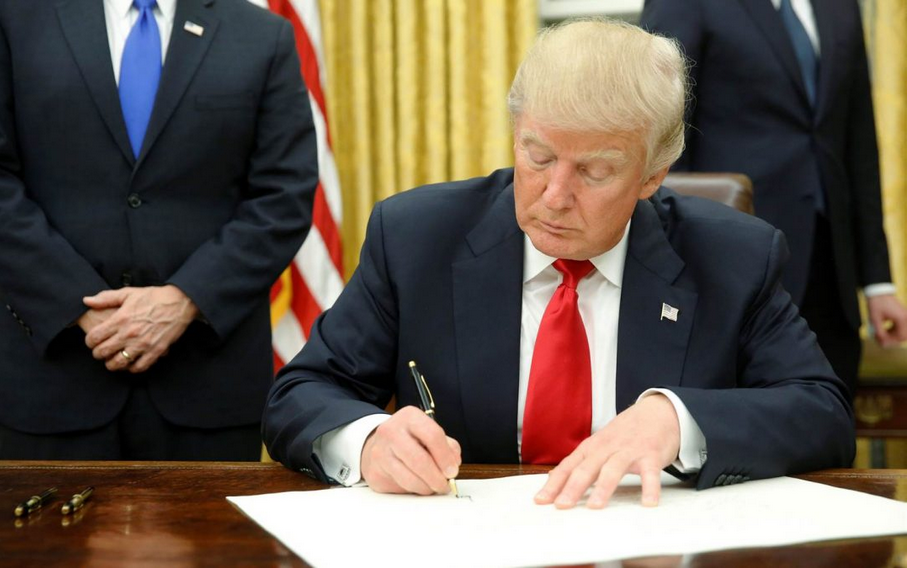 I’m not going to pretend I fully understand all the implications of this. But this huge. Like a nuke-on-Beijing huge.
In short, the God-Emperor has declared war against all foreign intelligence interests using China as an attack vector. He’s pissed in the Deep State’s cereal. He’s told China we’re ready to start building our own electronics back on American soil. He’s told the tech industry, all of it, that business as usual is over. Cheap, but compromised, electronics won’t be available from China, excuse me, “adversaries” for purchase by the US.
This goes beyond trade war. This just placed the Chinese electronic industry in a full nelson.
It’s entirely possible “Made in China” will become a rarity in the USA.
There will be a period of adjustment. Some things will be more expensive.  How can they not, since they’ve been subsidized by the Chinese government? Companies will adapt or die. With any luck, manufacturing will come back to the US and her allies. The next generation of electronics will be more secure. A huge weak point will be shored up.
During the Peloponnesian War, Athens had outsourced her food production to foreign soil. The Spartans, not being idiots, ran a naval operation against the grain barges which led to the destruction of the superior Athenian navy and the capitulation of the Athenian state to Sparta.
President Trump seems to have taken that lesson to heart.

After the Flood: A Critical Review