In the outlands there lived a dragon named Snarl. Snarl never received a proper dragon’s upbringing, and as a result, he was kind and gentle. Oh, the nearby farmers did not think him either of those things, because Snarl was notorious for carrying off their sheep at night. Even kind and gentle dragons must eat, after all.  And though he had quite a bit of treasure for a young dragon, it had come from the hoards of other dragons or from forlorn places where the owners had hidden it. He was always careful to protect it from other dragons and could make a little treasure go a long way. 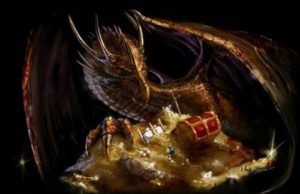 “The Boy” by Rainer Maria Rilke

I wish I might become like one of these
Who, in the night on horses wild astride,
With

“Pharaoh and the Sergeant” by Rudyard Kipling

Said England unto Pharaoh, ‘I must make a man of you,
That will stand upon his feet