With all the attention given to the crybabies in football uniforms this weekend, you may have missed something important.
There was a church shooting in Tennessee. One person was killed, and six people were wounded. It is obvious this incident would have been much worse if it hadn’t been for the actions of Robert Engle.
There are a couple of lessons to draw from this incident. First, we have been outspoken against immigration at Men of the West. The shooter is an example of why. The shooter was a Sudanese immigrant. Nobody is sure what his motive was. He waited in the parking lot until the service ended, then killed a person as she left. He then went into the church and shot six more people, including the pastor. He wouldn’t have been able to do that if he were still in Sudan. 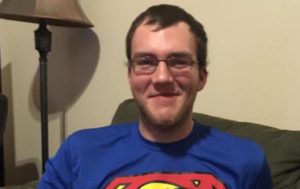 Robert Engle, an usher at the church, confronted him, and was pistol whipped for his trouble. In the struggle, the shooter shot himself in the chest. Robert Engle eventually retrieved his own gun from the parking lot and held the shooter until the police arrived.
That brings us to the second lesson: I’ve long said the only thing that can stop a bad guy with a gun is a good guy with a gun. Robert Engle stopped the bad guy without a gun, and then went and retrieved his own. The lesson is always keep your defensive weapon on your person, even at church. Things could have easily turned out differently. Engle was pistol whipped and injured himself. That might have been avoided, is his weapon was on his person.
Robert Engle is a hero, although he won’t claim to be.

“The real heroes are the police, first responders, and medical staff and doctors who have helped me and everyone affected,” he said. Engle asked for prayers for all those injured as well as the shooter.

Those who know him spoke of his humility:
“He’s 6-foot-5, a really big guy, but a gentle giant,” Langford [a friend of Engle] said. “He’s always been that kind of person to put others before himself.”
What makes a hero? We have been conditioned by to many movies to think that a hero is a Schwarzenegger type who kills dozens of bad guys, makes a lot of wisecracks, and is almost bulletproof. In reality, a hero is the person who faces his fear, and confronts evil when he sees it. A hero doesn’t usually think of themselves as a hero. They think they just did what they had to do in the moment. What makes a hero is someone who is willing to put his own life on the line for others. That’s what Robert Engle did, and that makes him a hero. Most of us won’t ever have the need to do something truly heroic. Let us hope that if the occasion arises, though, we have the strength and the courage to do what Robert Engle did.

Thoughts on the NFL protest